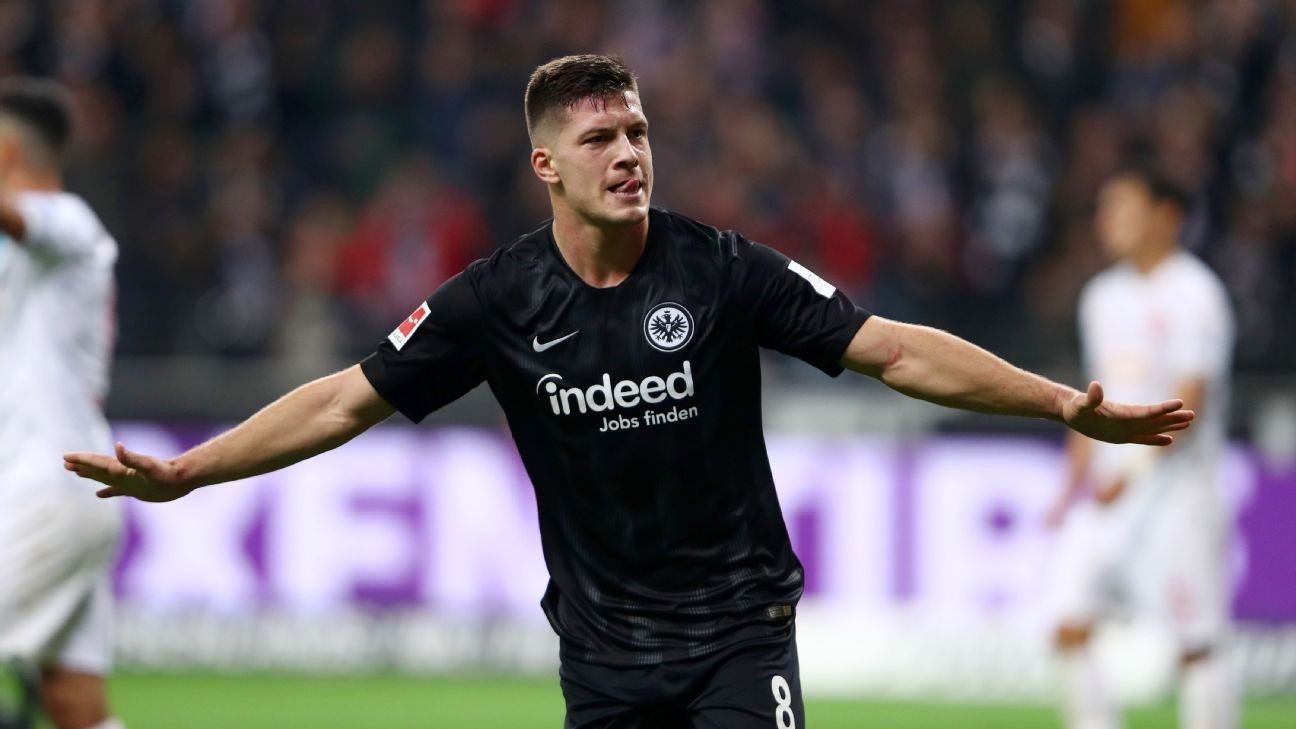 The 20-year-old Serbian is the first Frankfurt player to score five goals in a league game.

After grabbing two goals and two assists in his past two matches, he continued his rich vein of form. Jovic scored twice in quick succession during the first half after Sebastian Haller opened the scoring with a penalty.

Haller scored his second goal of the game shortly after the break, and he also set up Jovic's fifth goal with a deft chip over the defence which the forward headed home in the 72nd minute.

Frankfurt coach Adi Huetter took Jovic off a few minutes from the end, but only so he could get a standing ovation from the home fans.

Frankfurt climbed to sixth place in the table and ahead of Bayern Munich on goal difference. The reigning champions in Germany have not won their past three league games and are away to Wolfsburg on Saturday.

Dusseldorf dropped to last place ahead of the rest of the eighth round.