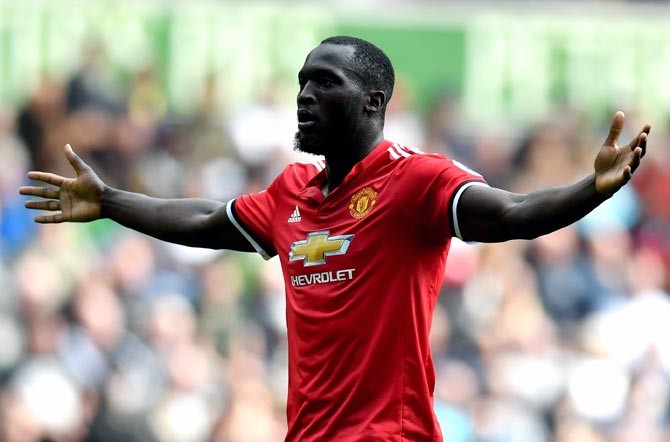 Manchester United striker Romelu Lukaku has all but revealed where he wants to play next season after lauding Inter coach Antonio Conte.

The Belgian netted a brace in a 3-0 victory over Scotland on Tuesday night, but it’s his post-match comments that have made headlines.

Lukaku heaped praise on Conte, who recently took over at Inter, and the striker made it clear he wants to join the Nerazzurri this summer.

“It’s a good thing that Conte has joined Inter as I think he is the best coach in the world,” he told Sport Mediaset. “He knows what I think about him, though I’m not someone who likes to talk about my relationship with coaches.

“As for my future, I’ve already made my decision but I can’t make it public yet out of respect for Manchester United, with whom I have a contract.”

Lukaku revealed he’s always been a fan of Serie A, and that while he will wait for his agent to speak to United about his future, his goal is to leave for Italy.

“I am a big Serie A fan, and anyone that knows me is aware that it’s always been my dream to play in the English and Italian league,” he added. “I love Italy.

“Add in the arrival of Cristiano Ronaldo, Maurizio Sarri is going to Chelsea and Carlo Ancelotti is at Napoli. It will be an exciting Serie A.

“The club [Manchester United] and my agent will speak, but I’ve already made my decision so I’ll stay out of it.”