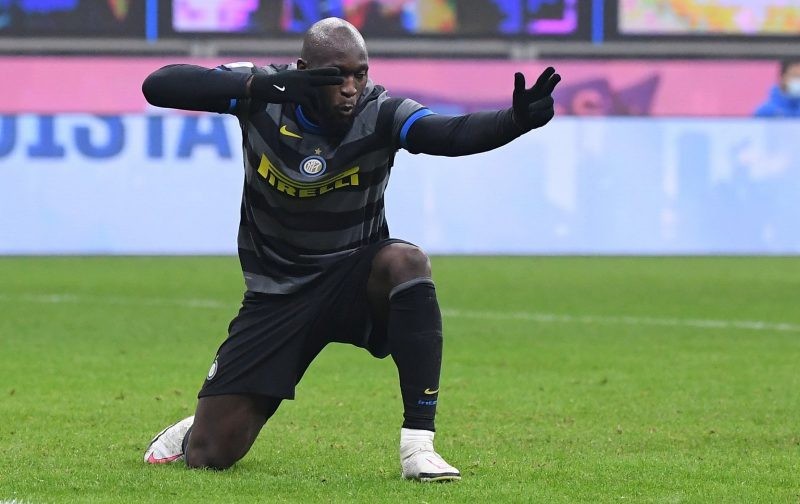 Inter won 1-0 against Napoli on Wednesday evening in Serie A in what was a scrappy and dour encounter between two early contenders for the scudetto.

Romelu Lukaku scored the only goal of the game after Matteo Darmian was fouled and Partenopei captain Lorenzo Insigne was sent-off for arguing with referee Davide Massa.

Both teams were playing the ball out from the back in the opening 10 minutes but failed to generate any clear scoring chances. Napoli suffered an early blow when Dries Mertens came off injured and he had to be replaced by Andrea Petagna.

A Kalidou Koulibaly pass was intercepted by Inter midfielder Nicolo Barella, who passed to Lautaro Martinez, and the Argentine placed his shot wide. Nerazzurri goalkeeper Samir Handanovic was also called into action when Roberto Gagliardini dispossessed Ciucciarelli winger Hirving Lozano and the ball went straight at him.

The remainder of the first half consisted of Napoli keeping possession whereas Inter were content to sit back and defend. Lukaku squandered a great chance though to score with a header but it probably would have been disallowed for a push by Lautaro in the build-up.

Napoli started the second half in the same manner as they finished the first but they were not able to test Handanovic in the Inter goal.

Insigne passed to Mario Rui on the left-wing and he ran onto the return pass from the full-back but his effort was woefully off-target.

Lozano had a great chance to put the Partenopei in the 63rd minute, when he controlled Insigne’s long-pass on his chest and his shot with the outside of the right foot went over the bar. Television replays suggested that the Mexican winger might have been called offside anyway.

Insigne had a fabulous opportunity to score when Piotr Zielinski passed to the Napoli captain and he back-heeled the ball but Handanovic made an outstanding save.

Inter were given a penalty after Darmian was obstructed by Ciucciarelli goalkeeper David Ospina and Insigne was sent-off for dissent. Lukaku stepped up to take the penalty and put the ball low and powerfully into the bottom left corner.

Matteo Politano came on in place of Tiemoue Bakayoko and he had a chance to score an equaliser after running onto Lozano’s pass but Handanovic made another excellent save. Giovanni Di Lorenzo tried his luck from long range but his effort did not hit the target.

Politano had another chance after a short dribble but his shot was blocked for a corner. Then Giovanni Di Lorenzo played a one-two with substitute Eljif Elmas and Handanovic made an easy block with his feet.

Petagna turned past Inter defender Stefan de Vrij and his shot hit the post when it was probably easier to score.

Despite the late onslaught, Napoli failed to find an equaliser with 10 men on the pitch.