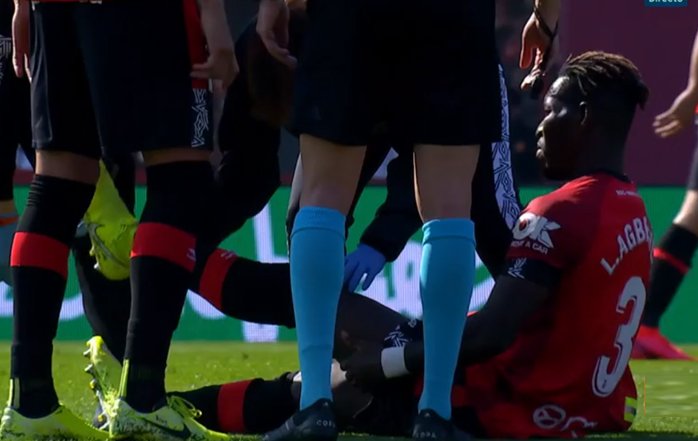 Real Mallorca left-back Lumor Agbenyenu will undergo tests and scans today to determine the extent of an injury he picked up while in action for his club against Deportivo Alaves last Saturday.

The Ghanaian international was handed a starting role for the Spanish La Lig side but ended up with a hamstring injury to his left thigh in the first half which forced his substitution.

Lumor who missed his team’s training session on Monday is now set to undergo tests and scans on his thigh to determine the extent of the damage caused.

Real Mallorca is hoping it will not be anything serious to ensure they have him back ahead of their next outing in the Spanish La Liga.

The Black Stars asset is on loan from Portuguese side Sporting CP and has managed to make 18 appearances in the ongoing 2019/2020 season.