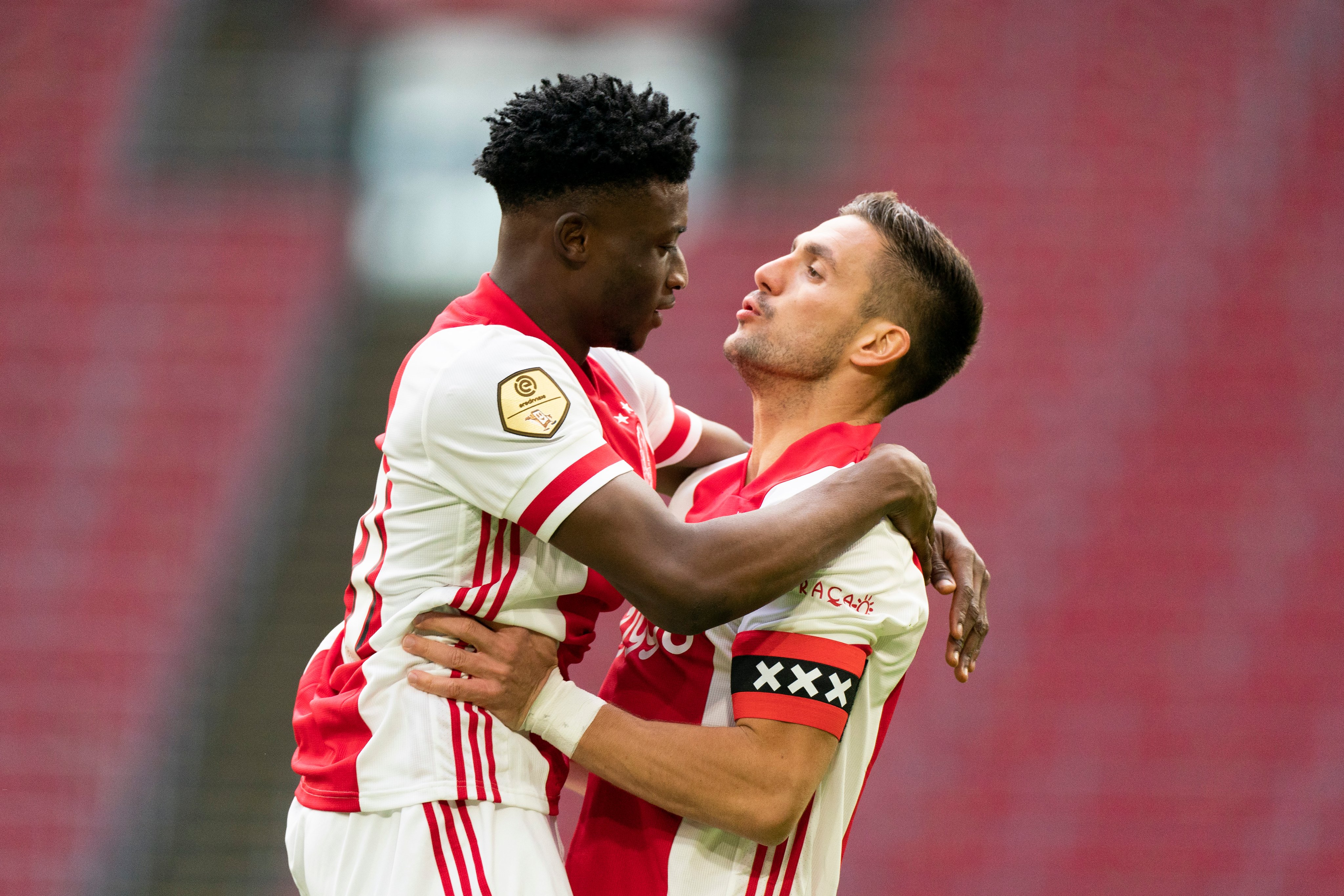 Ghana sensation, Mohammed Kudus scored and provided 2 assists on Sunday afternoon to inspire Ajax to a 5-1 win against SC Heerenveen in the Dutch Eredivisie.

The attacking midfielder missed two matches prior to the international break but managed to fully recover before his teammates returned from national team assignments.

In his comeback, Mohammed Kudus started for Ajax today when the team hosted SC Heerenveen at the Johan Cruijff Arena for the Matchday 5 fixture of the ongoing 2020/2021 football season.

The outstanding attacker displayed lethal form from the onset as he assisted Dusan Tadic to score after just 4 minutes into the game.

With Tadic scoring again from the penalty spot to double the lead for Ajax later on, Mohammed Kudus will also register his name on the scoresheet on the 35th minute to send the giants into the break with a healthy 3-goal lead.

After recess, SC Heerenveen came in stronger and managed to reduce the deficit in the 66th minute when Henk Veerman scored with an assist from Mitchel van Bergen.

Six minutes on, Ajax continued the free-scoring with the veteran Davy Klaassen getting his name on the scoresheet. In the final minutes of the game, Mohammed Kudus set up Antony to get in on the scoring to wrap up a massive 5-1 win for Ajax.

This season, Kudus has made 3 appearances for his new club and has 1 goal as well as 3 assists to his name.