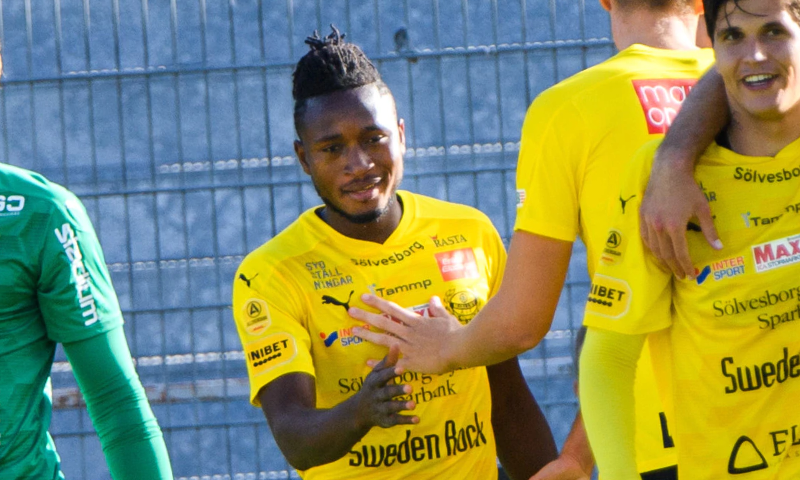 Mamudu Moro scored twice for Mjällby AIF in their 5-0 win against Assyriska BK in the Swedish Cup Wednesday evening at the Ruddalens Ip.

After recess, Mamudu Moro scored his second goal in the 56th minute to make it 3-0 and firmly putting his team in control of the game.

Hampus Holgersson Erik Parsson scored the other two goals on the 63rd and 81st minutes of the match respectively to help the away team record a 5-0 victory to progress to the next stage of the Sweden Cup competition.