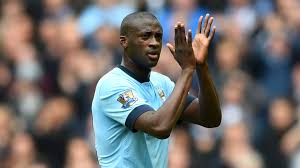 Ivorian legend and four times African footballer of the year Yaya Toure has donated €100,000 to the victims of the recent Manchester bomb attack that cost over 20 people’s live and many other injured.

The Manchester City lanky African and his manager put their club difference aside and coughed out a whopping amount of cash in support to the young children affected by bomb attack.

The Monday night bomb in Manchester , that took away 22 people whiles leaving several others injured has left the Manchester City midfielder traumatised.

The former Barcelona utility man suggested to the football family to stay united and throw away their club affiliations as they try to cushion the setback.

Managed by Russian agent in Dimitru Seluk, Yaya said, “Manchester is not City or United at this moment.

All the people are together and we want to help too”. The mammoth amount will go a long way to providing support for the affected children and families in the fatal bomb attack.