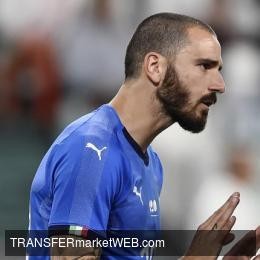 Possibly leaving AC Milan after just one season, especially after the club was listed off from Europa League, due to UEFA FFP sanctioning them, Italian international centre-back Leonardo Bonucci (31), according to latest UK news, has been targeted by Manchester United. Former Juventus core-player, as reported on our columns already, is tracked by Manchester City and PSG as well.