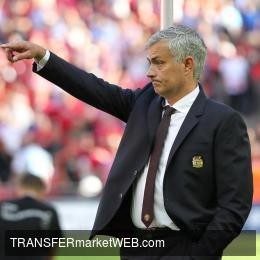 Jose Mourinho claims a Manchester United return for Cristiano Ronaldo was "never on the table".

There was speculation over the summer that Ronaldo might return to United, before he left Real Madrid to join Juventus.

"Juventus is one of the teams in Europe that invested to win the Champions League because they don't need to invest to win the Scudetto," said Mourinho after the 2-0 win at Burnley today. "They win the Scudetto for six or seven years. The objective is clearly to win the Champions League, which they were close twice when they reached the final, so they are a top team in Europe that made one of the biggest spending - I think after Liverpool it must be them. Cristiano was never on my table to say 'yes' or 'no' to Cristiano to come to us. It was never on the table."