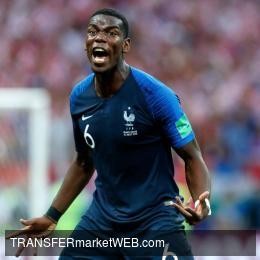 Manchester United's 25-year-old France midfielder Paul Pogba has told the club he wants to return to Juventus in January.

The Sunday Express has learned that Pogba has given the club notice that he is determined to leave when the next transfer window opens, in order to allow them a few months to find a replacement. His relationship with United boss Jose Mourinho is said to have broken down