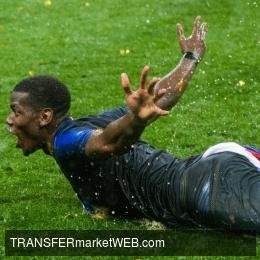 Paul Pogba admitted there will "always be talk" about his future at Manchester United, but claims it is not him doing the talking. Asked if he was "fed up" with all the speculation in England about his relationship with United manager Jose Mourinho, the 25-year-old midfielder said: "It's not me who's talking. I'm trying to work on myself physically. I got back late from the World Cup, so I'm trying to perform as well as possible. I'm just trying to do my job and for the rest there'll always be talk."