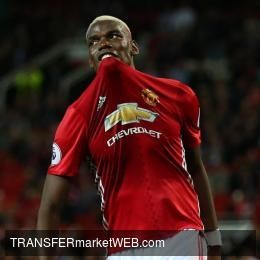 Juventus are ready to make an effort to sign Paul Pogba. The French player, according to Tuttosport, and reports of English newspaper, told to Manchester United he'll leave, maybe in January, also because his bad connection with the coach Mourinho. Also Barcelona, but have shown to be interested in him.