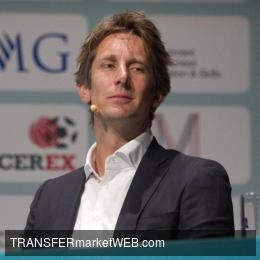 Edwin van der Sar has appeared to rule himself out of the running for the new technical director role at Manchester United.

The current Ajax general director, who won the Champions League and four Premier League titles as United's No 1, was reportedly a candidate for the new role - charged with revamping the club's scouting and recruitment structure.

But he has described the report as "nonsense" and committed his immediate future to Ajax, where he has helped progress a successful recruitment model of developing and selling on promising young players.

"I saw it (the report) a few weeks ago in the press, but that story about United is nonsense," he was quoted as saying on the weekly Inside Ajax program on Ziggo Sport in the Netherlands on Friday. "I think I have a two-year contract. Ajax is my club and I would like to stay longer. The success we strive for and want to achieve is beautiful."