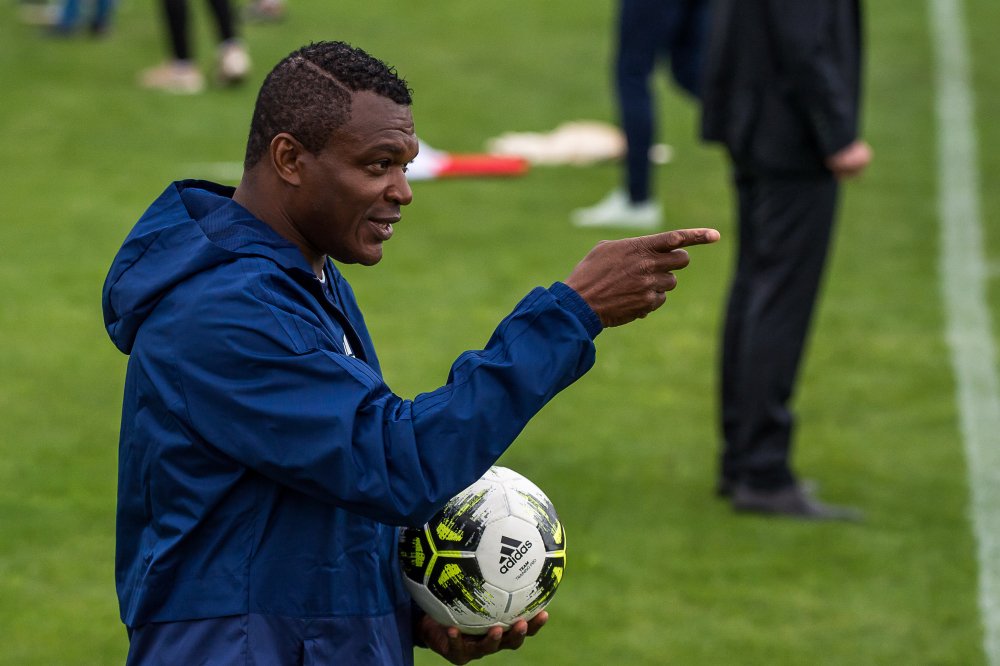 Former World Cup winner, Marcel Desailly is not ruling out the possibility of working with the Black Stars in the future as he indicates that he could take up a role with the right systems in place.

For the past few years, the Ghanaian who played for the France national team has seen his naming popping up in conversations whenever the position of a national team head coach becomes vacant.

Though he has implied that he will love to coach the Black Stars, it has not yet happened.

Speaking in an interview with Footballmadeinghana TV, Marcel Desailly has opened up on what it will take for him to work with the Ghana national team.

“Yes, if it’s clear. If there is not too much story on board about who wants this or that. Or ego of the Minister of Sports who wants to interfere in the system.

”Yes they are helping us with the money but people should stay in their place. A coach should be a coach and the President of the FA should perform his role by delegating and giving the coach the necessary support. So the answer is yes, why not but it takes time, if everything is in place and everyone is capable to stay in their position I’m willing to come in and give my expertise”, he said.

Marcel Desailly was part of the France team that lifted the 1998 World Cup title. He is now a trained coach and ready to help the Black Stars team with his expertise.