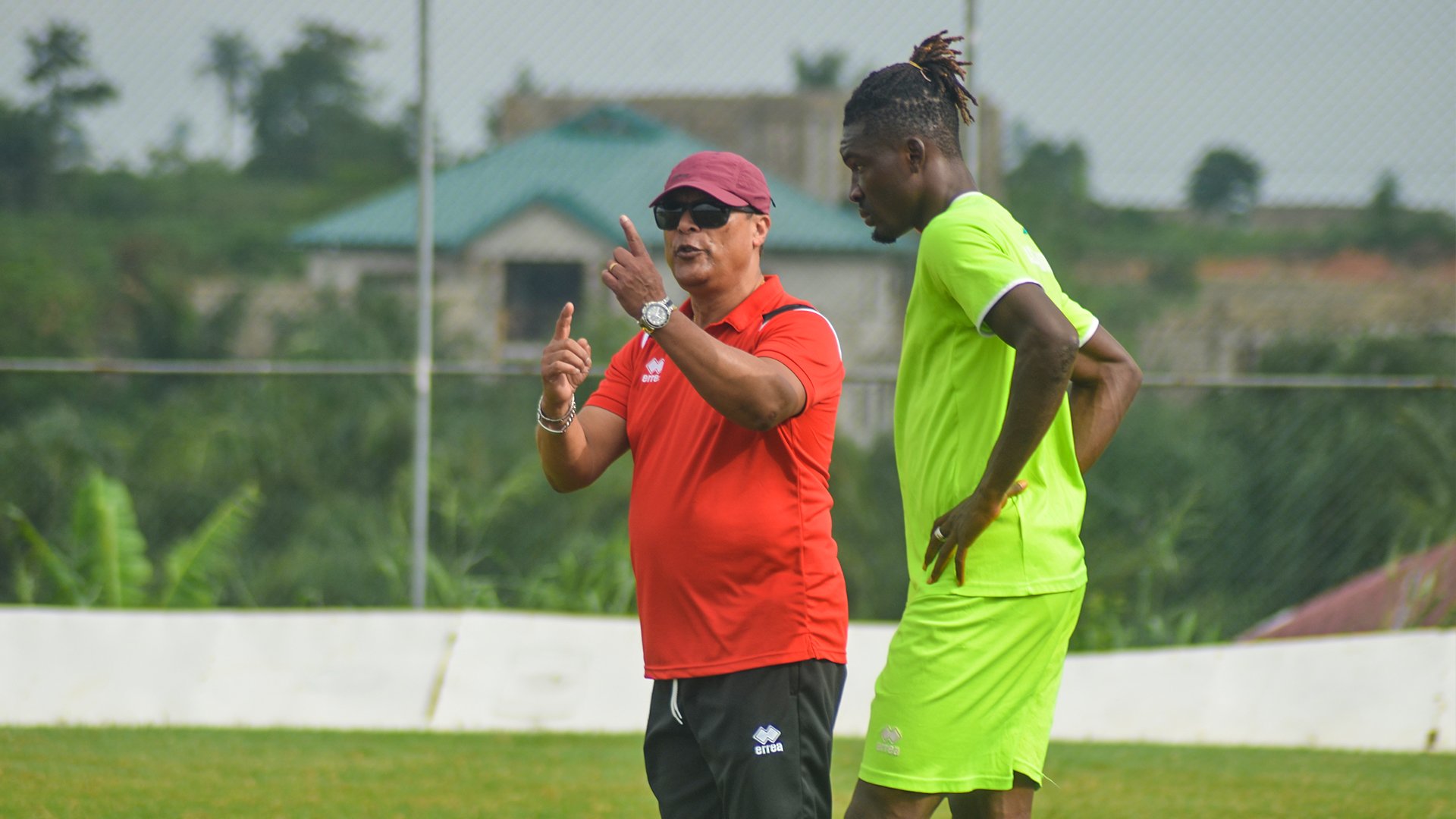 There’s a new King at Adako Jachie and that’s Mariano Barreto. The fresh master’s utmost priority is to get Asante Kotoko firing in battle once again.

The Portuguese gaffer makes a return to Ghana since departing in 2006 to lead the Porcupine Warriors in the second round of the Ghana Premier League.

Before his appointment, Kotoko was managed by Maxwell Konadu and his two assistants Johnson Smith and Abdulai Gazale.

The sacking of Konadu after the abysmal loss to Great Olympics meant Smith and Gazale held the fort till the Ghanaian giants announced Barreto in mid-March.

12 league matches: 6 wins, 4 draws 2 losses. That reads the statistics for the two assistants since the takeover.

But now they have a new coach, a good one indeed. Ghana’s last Olympic Games qualification; Athens 2004, was sealed by the Portuguese gaffer.

Now in charge of the Reds, the Porcupines will expect results. Consistent results, as a matter of fact.

But before he sets out his tactics for Sunday’s crucial game against Great Olympics, there might be some important fix the team needs.

When the league went on break for national team duties, Barreto had not arrived.

The two friendlies against Ebony and Rainbow FC were handled by Smith and Gazale.

Out of Kotoko’s 13 goals in the top-flight, Kwame Poku owns 7 of those. It might sound good till I add that the Black Stars forward is now in Algeria to begin his spell at USM Algiers.

There’s more, in the remaining 6 goals, Imoro Ibrahim and Christopher Nettey have 3 goals combined. Lovely? They are both defenders.

The inclusion of Brazilian Micheal Vinicius and Andy Kumi from Unistar means Kotoko now has 4 strikers for the second round.

Barreto’s major duty is to find the goals because the defence is really clean. They hold the record for the least goals conceded in the league. Seven goals.

So who leads the line? Who is the super sub? Who can replace Kwame Opoku?

Talk of Jens Lehmann/Oliver Kahn in 2006. Iker Casillas and Diego Lopez in 2012 too. Goalkeeping choices have usually generated a lot of nodus at several clubs.

At Asante Kotoko, skipper Felix Annan had been the first choice for over two seasons. But former coach Maxwell Konadu kept faith in Kwame Baah when Annan was away.

Baah was also sidelined for Razak Abalora when Smith took over. The Black Stars second choice shot-stopper has been clean enough since claiming the spot at Kotoko.

As he returns from his national duty, Barreto has an uphill task of either bringing back the captain and leader in the sticks or maintaining Abalora.

Maybe, Kwame Baah might earn the spot too. Whatever it is, Barreto must find an antidote to the internal wranglings on this goalkeeping issue.

Kotoko’s full-backs are always predacious on the flanks. Demand a good ball into the central attacking spots and you will find Imoro and Nettey available. They can score too.

But that’s not all for a team that has acquired Fabio Gama, Godfred Asiamah and Augustine Okrah. In pursuit of more goals in the second round, defence-splitting passes must be the order of the day.

In Portuguese football, Rui Costa, Deco and recently Bruno Fernandes have been embedded into the artistic adventure of a midfielder.

That ingenious and virtuoso-like play needs to be upheld in Barreto’s tactics if his forwards will find the net regularly.

Fabio Gama has managed only one assist since joining the Reds. Undoubtedly, he is a fine midfielder but someone has got to fire El Carpentaro up to his top form.

When Kotoko face Great Olympics on Sunday, Barreto needs time to build his side but we will wait for signs of his strategy for the club. He has already expressed his desire to win the league.