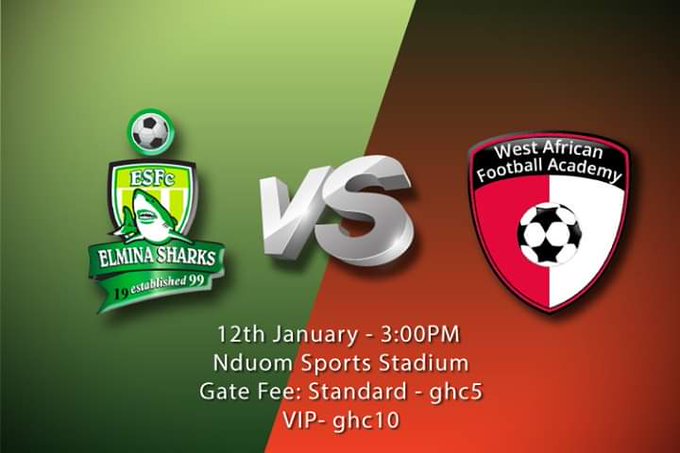 It will be an exciting encounter this weekend when Elmina Sharks hosts West Africa Football Academy (WAFA) at the Nduom Sports Stadium on Match Week 3 of the 2019/2020 Ghana Premier League season.

The two clubs have not been bad since the season started even though the away team boasts of a better record.

The academy lads have played above themselves and currently have six points after winning all of their two matches. They recorded an important 1-0 win over Karela United on Match Week 1 and subsequently beat Ebusua Dwarfs 2-0 at home.

Their opponent this weekend, Elmina Sharks lost 2-0 to Bechem United on the opening weekend of the competition and drew 1-1 with Karela United on Match Week 2.

While Sharks seek for their first win of the campaign, WAFA is determined to maintain their 100% record in the league and will go all out to avoid defeat.

The analysis in the preview to the match indicates that WAFA will be stopped this weekend. Though they will impress on the Matchday, the experienced side of Elmina Sharks will pick up their first 3 points.