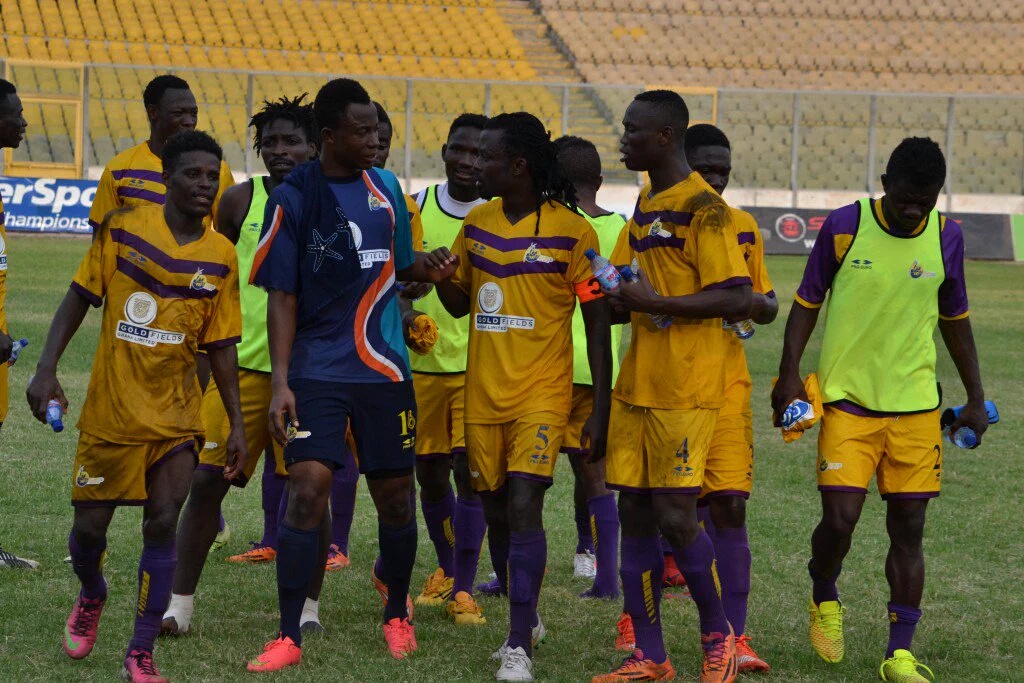 Medeama S.C were held to a goalless draw by Aduana Stars at the Tarkwa and Aboso Park in the match day 24 of the Ghana Premier League.

The game which was expected to produce lots of goals failed to live up to the bill but was very physical and explosive.

The game started on a high tempo especially with the euphoria around the match with fans of Medeama earlier threatening to stop Aduana fans from entering the park.

However, with tensions settled, the game became very physical in the beginning with Medeama dictating the pace of the match.

The former FA Cup winners created a couple of chances with striker Bismark Oppong coming close a few times but the effort of the home side proved futile.

The away side could not create clear cut chances but did not allow the home side to impose pressure on them.

Meanwhile, with few minutes to end the game the biggest chance fell to Akwesi Donsu who could not capitalize.

Aduana Stars could not close the gap between them and League Leaders WAFA as they failed to secure all three points.