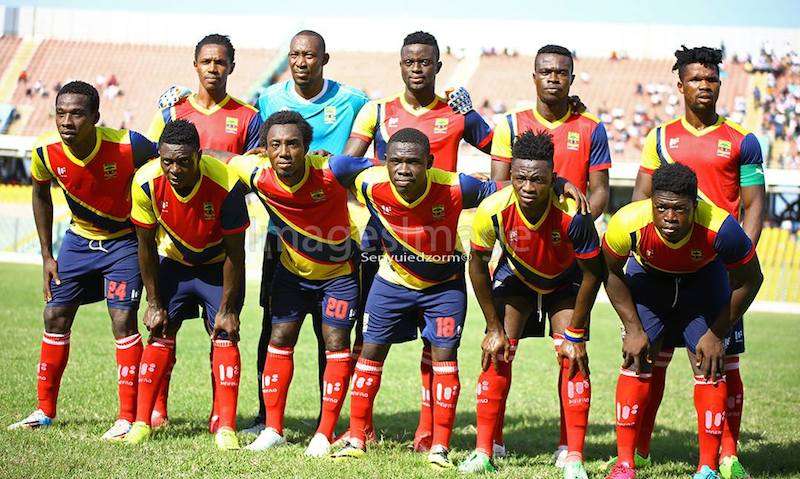 Hearts of Oak line up

Accra Hearts of Oak responded to their lone goal defeat to Berekum Chelsea with a convincing 4-2 victory over Bechem United at the Accra Sports Stadium. The Phobians took a three-goal lead in the first half with stand-in captain Thomas Abbey, Richard Akrofi and Fatawu Mohammed all on the scoreline for the hosts. Bechem came back stronger after the recess with two quick goals by Manu Antwi and Abdul Bashir in the 48th and 55th minutes. The Accra-based club managed to put the game past their opponents when striker Cosmos Dauda added the fourth in the 86th minute. The win moves Hearts to fifth place on the log with 15 points in 10 matches.