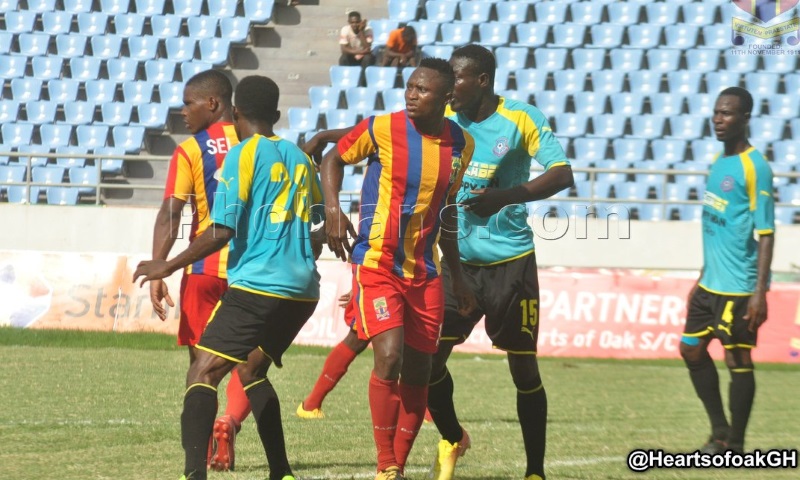 Wa All Stars has today held Hearts of Oak to a 1-1 draw at the Accra Sports Stadium in a ceremonial match as the Phobians celebrate their 108 years anniversary.

The Phobians started the first half on the front foot but failed to get on the scoresheet following inefficiency in front of goal.

The away side after containing the threat of the home team went on to take the lead in added time of the first half. Attacker Gerald Arkson opened the scoring for Wa All Stars with a curling effort from the edge of the box.

That strike was the highlight of the first 45 minutes as the referee for the day whistled for recess.

Hearts of Oak returned from the break and continued their dominance as they searched for an equalizer.

The lack of urgency in their attacking play resulted in their failure to draw level even after 30 minutes into the second half.

Constant pressure, however, paid off on the 77th minute with substitute Kojo Obeng Jnr getting on the scoresheet to restore parity. He timed his run in the Wa All Stars penalty area and connected to a cross from defender Sumaila Ibrahim.

The match eventually ended in a stalemate despite the fact that the two clubs went on some attacking runs to search for the winner.

Managers of both clubs take positives from the match as they continue preparing their respective teams for the upcoming 2019/2020 Ghana Premier League Season.