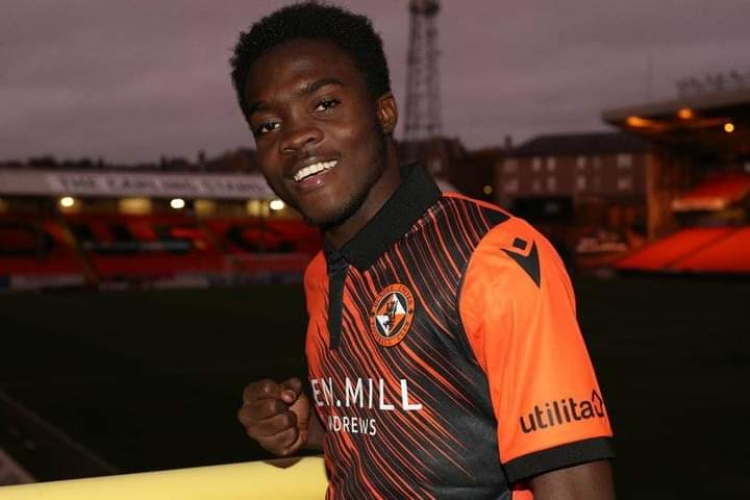 Dundee United head coach Tam Courts is hoping Mathew Cudjoe's move to the club could open up new markets for the Tannadice club.

The 18-year-old signed a contract with the Scottish Premier League side and will join the club subject to international clearance.

Anim-Cudjoe joined the Terrors from Ghanaian second-tier team Young Apostles, after training with Bayern Munich and receiving attention from a number of European clubs.

“Mathew is a player we have been keeping tabs on for a while,” said Courts. “He’s a Ghanaian under-20s player.

“He has been very successful with the Ghanaian under-20s.

“He’s been to major tournaments and it’s great to see the club get him over the line.

“It’s also quite exciting that the club are looking at these markets as a talent stream.

“You only have to look at ‘Right to Dream’ and how Scandinavian clubs are taking advantage of the Ghanaian market.

“They are enjoying a lot of success and it’s good to see the club being quite creative with this move.

“There’s a lot of potential in this market.

“From a visa perspective, it’s one of the countries where it’s easier to bring players into the country.

“There’s less red tape and governance to get through.

“That’s why it’s nice to see the club looking at these markets to bring young players in to complement the ones we already have.”