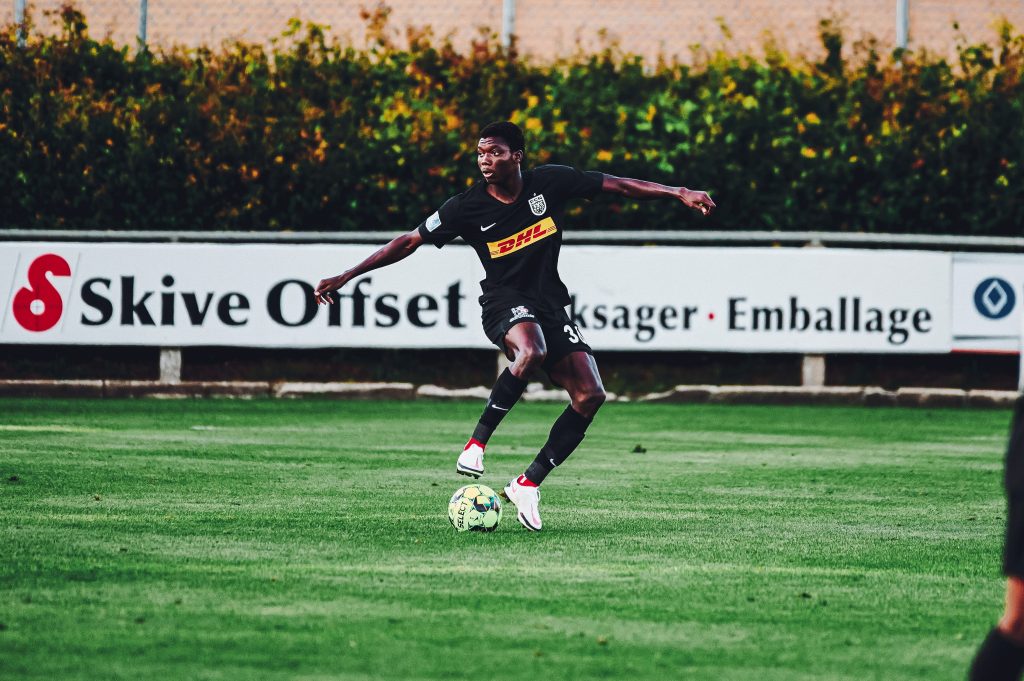 Maxwell Woledzi signed a four-year contract with FC Nordsjaelland after graduating from the Right to Dream Academy, and has since progressed from the youth sides to the senior squad.

The youngster has discussed why he hasn't played many games for FC Nordjaelland in the league this season.

Woledzi was named man of the match after scoring his first goal for the senior squad in a 2-2 draw with Aalborg.

The defender described his reduced playing time at the club in an interview with FootballMadeInGhana.

“I met people who were ahead of me. When I came, I met experienced defenders who had a lot of caps in the game. So it was a very big challenge for me. But I kept going and improving my game to make sure I get a spot in the game," he said.

“I spent 6 months playing for the U19s and I got promoted to the first team. I didn’t play the first round of the 2021 season. Then when we came back from our vacation, I worked harder and got 6 consecutive games with 90mins, with a goal (laughs),"

“I am working on cementing my position and I will make sure I give my very best whenever I’m on the pitch, because I know where am coming from," he ended.