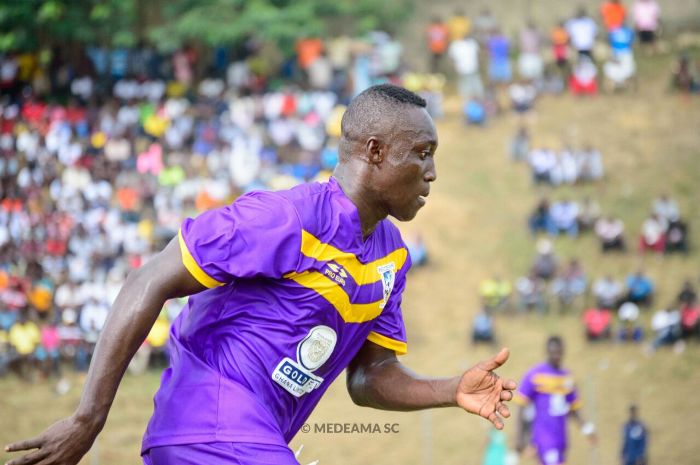 Captain of Medeama Sporting Club Samuel Adade has called on fans of the team to throw their massive support behind them as they plan to hand Kumasi Asante kotoko its second defeat in the Ghana Premier League.

Medeama SC have not won any of their last five games in the Ghana Premier League after picking back to back draws against the last five oppositions.

This has left fans of the club angry for not churning out the kind of results they want. Leader of the side, Samuel Adade who was speaking after their 1-1 draw in Tema insists the fans can expect a victory over Kumasi Asante Kotoko who they play in the match day 10 of the Ghana Premier League.

“The fans should expect a lot from us, we are playing Asante Kotoko in midweek and I can assure them we are going to win and give them all three points,” he said.

The Mauves and Yellow have won only a game this season at home and are in the relegation zone after 9 games.