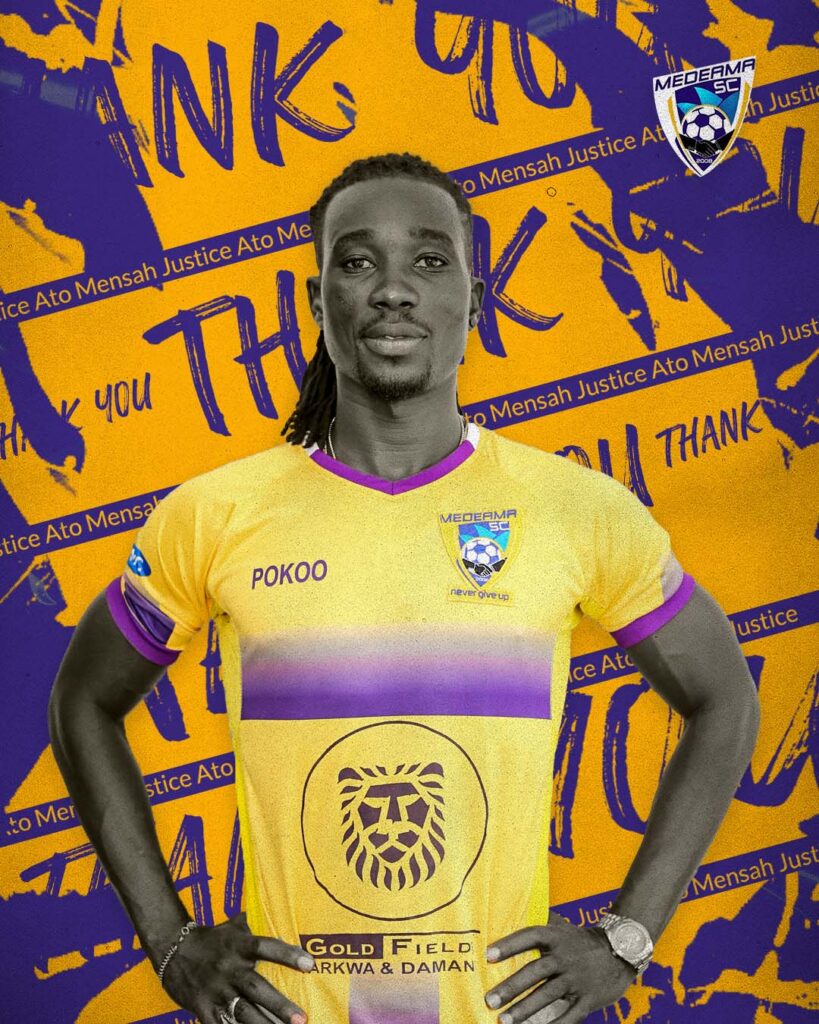 Medeama SC forward Justice Ato Mensah has bid an emotional farewell to the club after mutual contract termination ahead of the new season.

The Yellow and Mauves have terminated the contract of Mensah despite a stellar performance last season.

He leaves Medeama after only a season with the Tarkwa-based club.

"It’s been a great pleasure and an honor to play for this club,'" he wrote.

"The Few months I have been with the club means a lot to me with great memories.

"I want to thank the president Moses Armah, the management team, and the coaching staff for helping me become a better footballer and making me feel at home .

The former Sekondi Eleven Wise and Sanga Balende attacker added: "This club will remain in my heart and I will never forget the opportunity you gave me to play in the Ghana premier league again after my contract expiration with Elmina Sharks."

"It’s time to say goodbye to the club, and to the Medeama sc supporters, I say a very big thank you for the support you have shown me the very first day i wore this jersey. I’m grateful and I appreciate you all .

"To my teammates, I want to say thank you all and I wish you good luck in the coming season. You guys have been amazing and I won’t forget the dressing room memories lol and I can assure you that we were not just teammates but rather brothers and friends.”

"I wish Medeama sc much success in the future and I strongly believe that you will finish the season very well to remain in the Premier League.

"Thank you all from my heart."