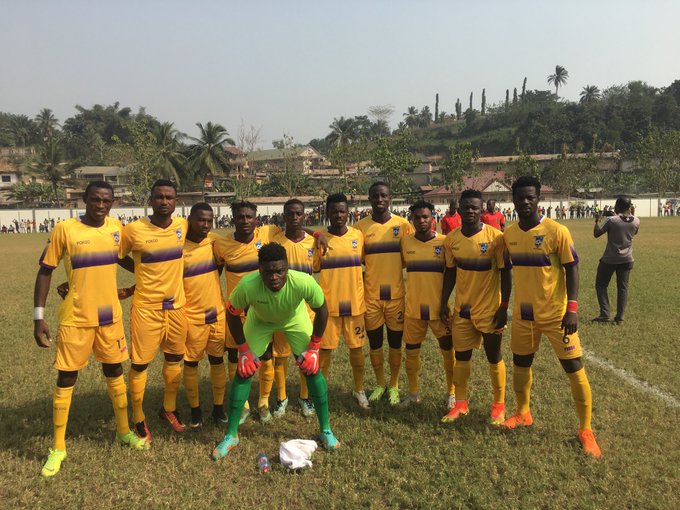 Medeama SC have issued an unqualified apology to the supporters after suffering a 2-1 defeat to Elmina Sharks in match week 10 of the on-going Ghana Premier League on Sunday.

The Yellow and Mauves were stunned by Sharks in Tarkwa to end their home invincibility in the league.

Benjamin Bernard Boateng bagged the match winner with the last kick of the game to help the visitors secure all three points at the Akoon park.

The result leaves them on 3rd with 17 points after 10 matches played so far.

The Miners, have thus apologised to their fans for the unfortunate loss.

"A very bad day in the office today but we shall rise again. Apologies to our fans for the heartbreak. We never give up!," the club tweeted after the game.

Medeama SC will make a trip to Accra to face Inter Allies at the Accra Sports stadium in midweek.