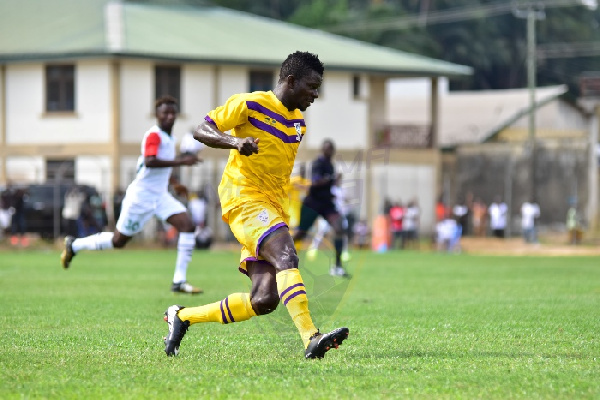 Medeama SC captain Kwasi Donsu has reiterated that it is his desire to help the club lift their first Ghana Premier League title this season.

The Yellow and Mauves started the 2022/23 Ghana Premier League campaign with an away win over Legon Cities at the El-Wak Stadium on Sunday.

A second half strike from Kofi Asmah was all the Tarkwa-based club needed to grab the three points of the of the campaign after a spirited second half performance.

Speaking to Sunyani-based Union FM, the enterprising midfielder disclosed it is his desire to guide Medeama to their first Ghana Premier League title this season.

“As a captain, I want to lift the Ghana Premier League trophy with Medeama for the first time. Since I joined Medeama, I have been able to win the FA Cup title, finished second on the league but winning the ultimate has been difficult,”

“This season, my main target is to lead the club to win its first league title and looking at the squad depth and the technical team, I believe we can achieve it,” he said.