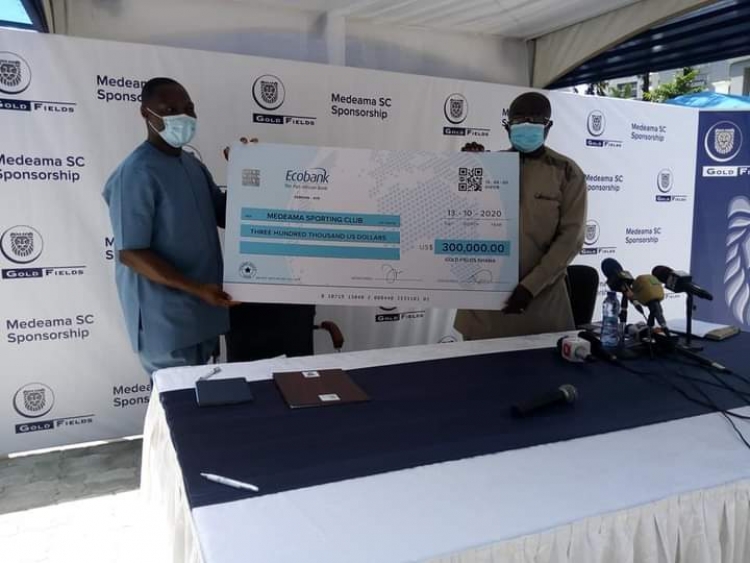 Ghanaian giants, Medeama SC have secured a bumper $300,000 sponsorship deal with Goldfields ahead of the new football season.

Last week, footballghana.com reported that the renowned mining company will this week sign a mouthwatering deal with the Tarkwa-based club.

At a ceremony today, GoldFields Tarkwa Damang, a subsidiary of GoldFields Limited has finalized a deal that will see them sponsoring Medeama SC as the club’s headline sponsor.

The deal will see the company pumping in a gargantuan sum of $300,000 into the club by way of sponsorship.

GoldFields Tarkwa Damang replaces Betway Ghana as the new headline sponsor of the Yellow and Mauve club for the 2020/2021 football season and the next 2 years as well.

Meanwhile, GoldFields is currently constructing a 10,000 capacity roofed stadium for Medeama SC which is also estimated to be costing around the region of $13 million.

Once the edifice is completed in 2021, it will become the new home of the Ghanaian giants.