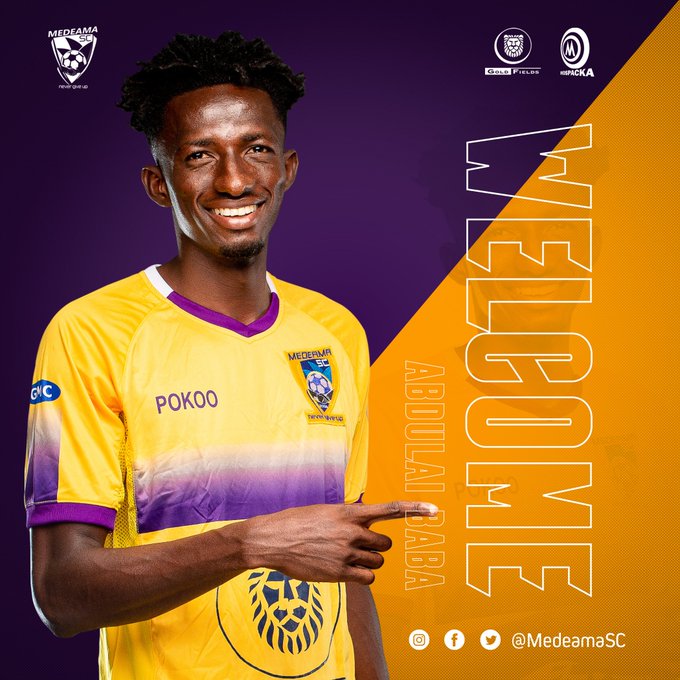 Ghanaian giants, Medeama SC has sealed the signing of defender Musah Baba Abdulai to bolster their squad for the upcoming football season.

The Tarkwa-based club in the 2019/2020 football season was in the run-up to win the Ghana Premier League title when it was unfortunately suspended and subsequently canceled as a result of the Coronavirus pandemic.

Ahead of the start of the new season next month, Medeama SC is recruiting top talent to strengthen in all departments.

On the back of successful negotiations, the club has today announced that they have signed Musah Baba Abdulai

“Medeama Sporting Club is pleased to announce the signing of defender Musah Baba Abdulai on a permanent contract.

“Baba joins the Mauve and Yellows on a three-year deal on a free transfer", a Medeama SC statement has said this afternoon.

The defender in the past played for Tema Youth where he featured for three years.