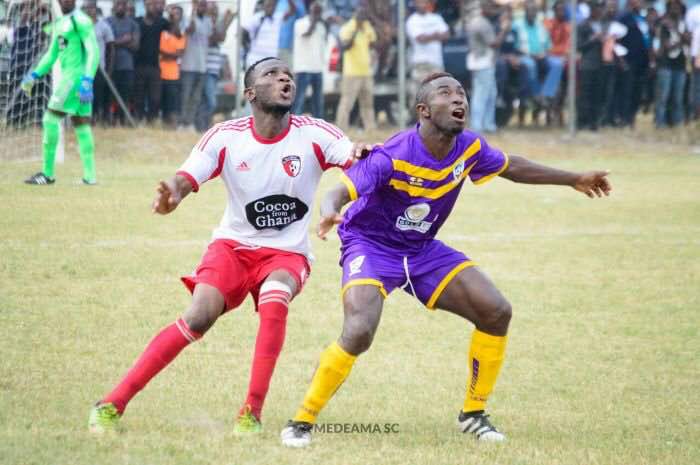 Medeama attacker Bernard Ofori has set a personal target of fifteen goals in the second round of the Ghana Premier League.

The striker scored a hatrick in their 5-1 demolishing of Bolga All Stars in the match day 16 of the premier League.

He nowincreses his tally for theseason to seven goals and has promised to score more to help the mauves and yellow finish in a respectable position.

“This is possible to achieve and I hope more goals will come with a little bit of hard work.”

Bernard Ofori was named NASCO man of the match in the game and will be part of the Medeama team that travels to play Elmina Sharks on Sunday.