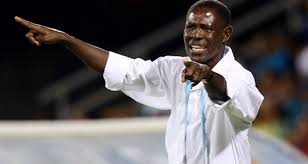 However, in an interview with Happy FM, Adu vehemently denied the reports.

“There is no iota of truth in this report. Evans has worked with the club close to seven years and he’s someone who knows inside out of the club,” Adu said.

“We have tried on countless of occasions to name him head coach but because of national team assignment he always rejects our overtures. However, this time around because there’s no national team duty he decided to accept our offer and we have confident in him.”

“People should be mindful that he won our first FA Cup trophy for us and when Bashir Hayford was the coach of the team, anytime he’s not available Adotey delivered in his stead. The only thing we are now looking to do is to get someone to help him out in the dugout and he has agreed that he’ll be ready to work with anybody the club will choose.”

Medeama have suffered three defeats in seven matches and are 13th placed on the table and will hope to return to winning ways when they host Great Olympics in week 8 at the Tarkwa T&A Park on Sunday.