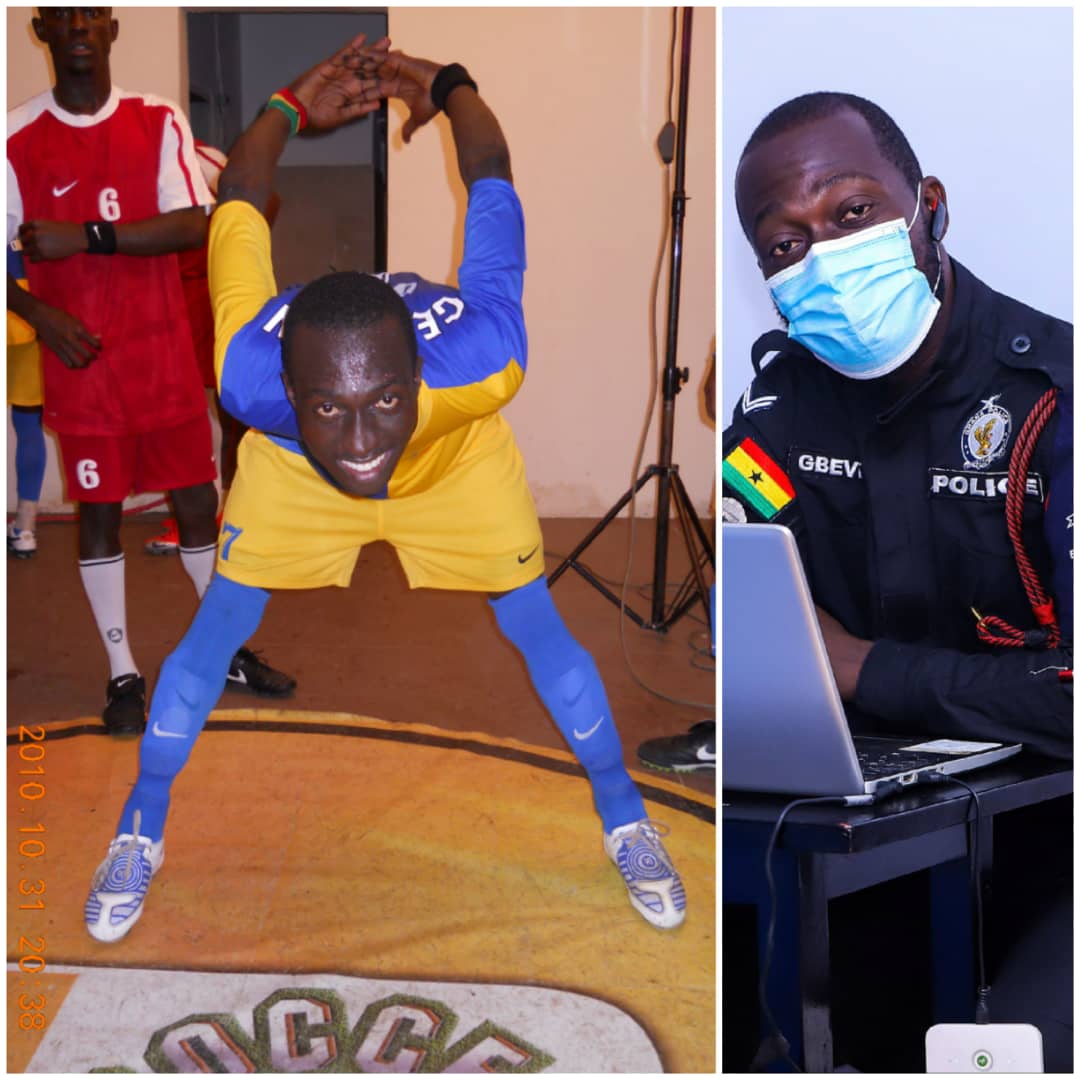 FATE has smiled on a former footballer as he has been appointed the personal photographer of the Acting Inspector General of Police (Ag. IGP), George Akufo Dampare.

Detective Corporal Gershon K. Gbeve, known popularly as ‘BB’ was on Thursday, August 5 appointed the Acting IGP’s official paparazzi to be in charge of all his (the IGP’s) images and other photographic needs.

His responsibilities will be to among others, document all major activities of the Police Chief and by extension the Police Service, through his camera and preserve those memories for the future.

Before his appointment, Detective Gbeve was a photographer at the Police Criminal Investigation Department (CID) where he worked closely with some top officials of the Service.

He served as the official personal photographer of the former Director-General of CID, Commissioner of Police (COP) Maame Yaa Tiwaa Addo-Danquah (Mrs.) as well as the current CID Boss, COP Isaac Ken Yeboah.

“I use the realities of life to tell photographic stories to show people how I see things”, Detective Gbeve shares.

“My passion for photography took me to places I never dreamt of going as well as people I never thought of meeting.”

“My new appointment”, he added, “will give me a bigger opportunity to continue inspiring a lot of young photographers to keep on doing their best because nobody knows what the future holds.”

Detective Corporal Gbeve began a profession in photography in 2003 before joining the Police Service later in 2012.

He is also an inspirational speaker and a staunch member of the Ghana Photojournalists Network (GPN) – the official body for professional photographers and videographers working in Ghana’s media and communications industry.

Well known on social media as ‘Reality Images’ – his official brand name as a photographer – Detective BB is acclaimed as the best tradition and culture photographer from Ghana.

He says Pete Souza, former White House photographer of the former United States (US) President, Barack Obama is his mentor.

On his new appointment, he assures that: “I will make more compelling photos to highlight the good image of the Ghana Police Service.”

Detective Gbeve was part of the Ghanaian team that represented Ghana at the MTN Soccer Academy Reality Show (Season 4) on Metro TV in 2010.