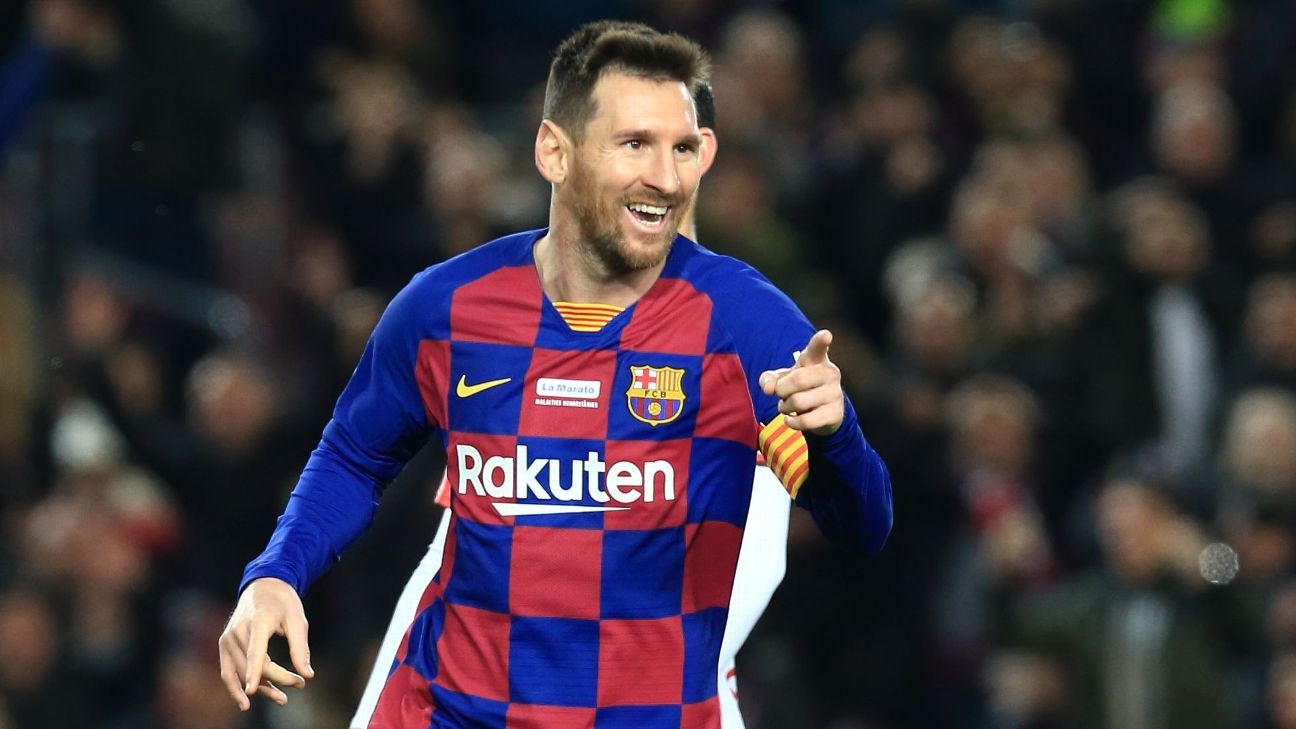 Barcelona's full squad takes to the training field as they prepare for the return of La Liga.

Messi and Biglia were teammates for Argentina for over 11 years until the Milan midfielder called time on his international career after his side's 2018 World Cup elimination at the hands of eventual champions France.

Biglia said that watching the ESPN documentary "The Last Dance," which focused on Jordan's sixth and final NBA championship with the Chicago Bulls in 1998, reminded him of playing with the Barcelona forward.

"I finished The Last Dance the other day, it was excellent," Biglia told Spanish radio broadcasters FM 94.7. "It got me thinking, that in a few years, hopefully we will be able to watch something similar with our own phenomenon [Messi].

"[We could] learn a mountain of things about his day-to-day. Because you see him train, you see him play but so many things happen on a day-to-day basis that you don't know about, as we see [with Jordan] in the series.

Messi is revered in Barcelona, where he moved as a teenager, but he has often endured a difficult relationship with his homeland. He has lost three Copa America finals and one World Cup final with Argentina and has often been the brunt of criticism. That led to him temporarily retiring from international football in 2016.

"The good memories are saved, of course, but the bad ones will always remain, too," Biglia added. "Why does a person have to suffer so much? In the last World Cup, to see how the elimination hit him, that's when you ask yourself why? That stayed with me. Not just on the pitch, but off it.

"It hurts me to see him suffer so much and makes me ask myself why he has to suffer in that way. I pray to God that we can see him at the next World Cup in two years' time."

Jordan's leadership style as seen in "The Last Dance" has sparked a debate. One storyline throughout the documentary centres on his treatment of teammates, with some  calling him a bully. Last week, Jordan's former Bulls teammate Horace Grant said that his behaviour sometimes crossed the line.

While Biglia compared Jordan and Messi as athletes at the very pinnacle of their sport, he also said their characters are very different.

"He [Messi] always puts himself at your level," Biglia added. "Not just because of his humility, but to make you feel comfortable. He looks to build a relationship with his teammates by relating to them. That's what makes him great. There are no words to describe him as a player. As a person, he is 10, 100 times better."