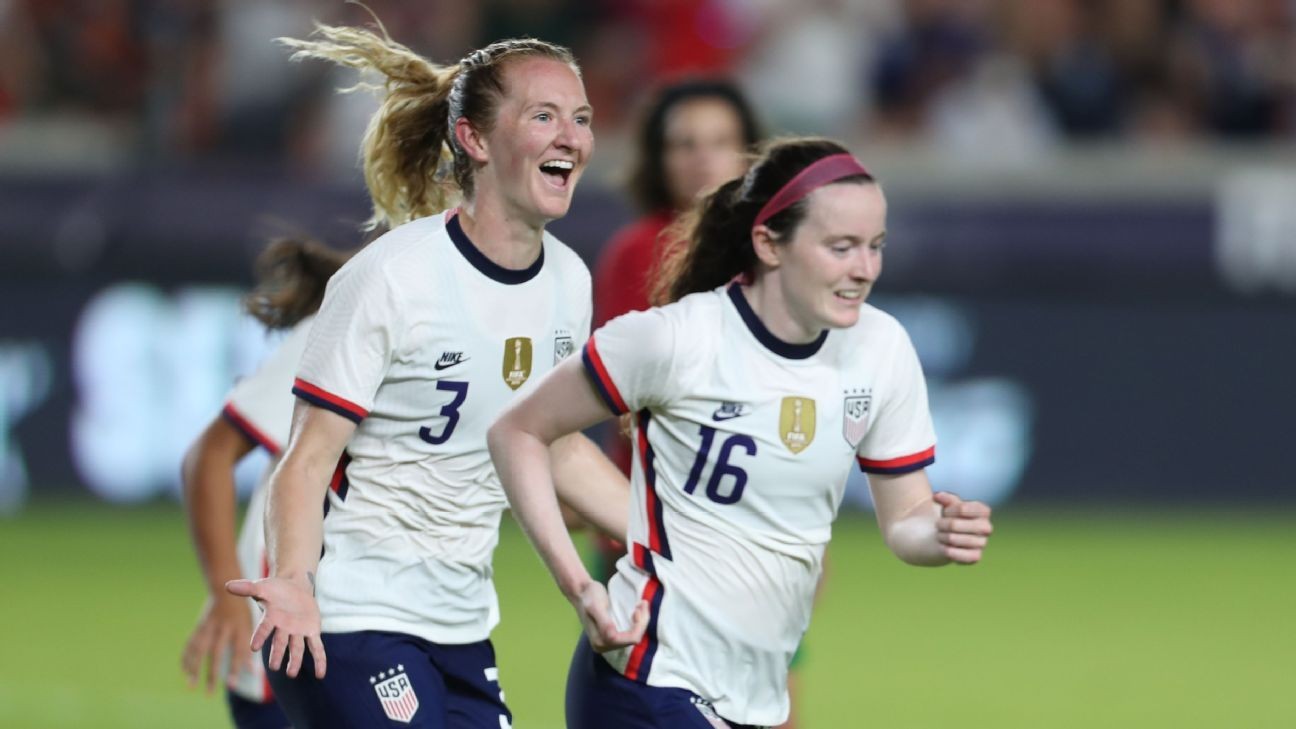 Samantha Mewis scored in the 76th minute to lift the top-ranked United States women's national team to a 1-0 win against Portugal on Thursday in Houston.

The Americans dominated but could not crack goalkeeper Ines Pereira (nine saves) until Christen Press' left corner kick found Mewis for a header at the near post for her 22nd U.S. career goal. Press has 60 goals and 40 assists for the U.S.

Carli Lloyd nearly doubled the lead in the 82nd minute with a rebound goal, however officials ruled that she was offside.

The Americans recorded 10 of the 11 shots on goal. They outshot 29th-ranked Portugal by a 26-4 margin.

The match was the first of five for the U.S. before the Tokyo Olympics tournament next month. The Americans play Jamaica on Sunday in Houston.

Pereira was the star of the first half, although the Americans were uncharacteristically sloppy in the final third.

U.S. women's team players celebrate after scoring a goal against Portugal in a friendly in Houston, Texas. Getty Images

Pereira was at her best in the 34th minute when she made a kick save on a 10-yard volley from the right side of the penalty area by Press.

Portugal was under siege early with the U.S. forcing saves by Pereira on Press in the 10th, a Lindsey Horan header in the 11th and a long shot from the center of the box by Mewis in the 12th minute.

Pereira frustrated the U.S. again in the 70th minute after a Rose Lavelle half-turn and strike. Pereira was able to push the well-struck ball over the crossbar.