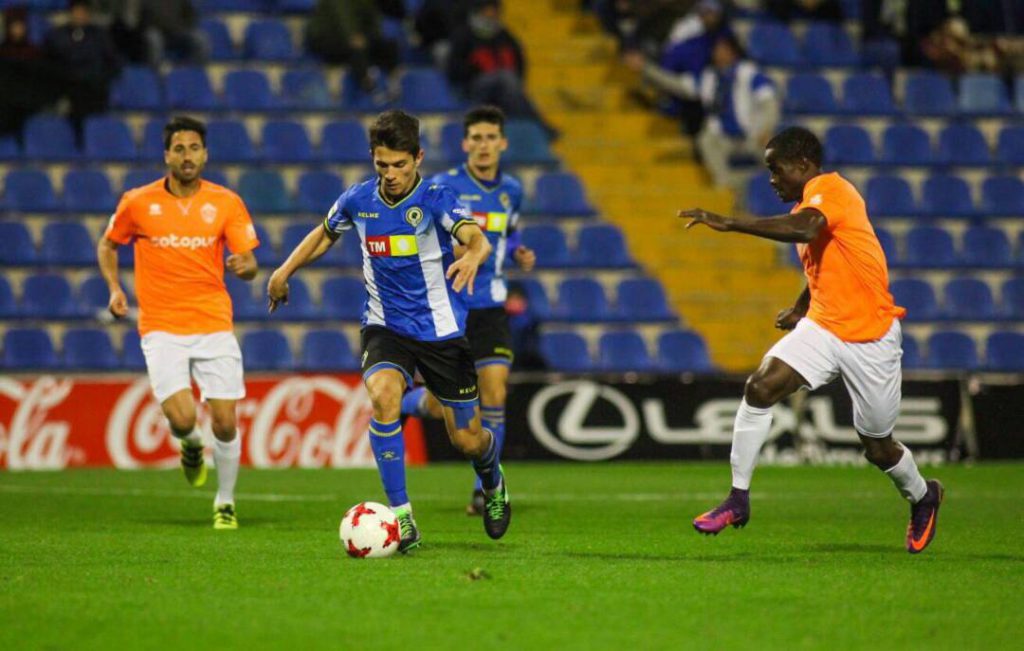 Ghanaian player Michael Anaba was impressive for his club side Ontinyent CF in their 1-0 victory over Llagostera in the Spanish Segunda Division B.

The former Asante Kotoko player has been showing some fine performance for the side and his contribution in Sunday's game was massive in the team's slim victory over 15th place side Llagostera.

Anaba took charge of the midfield as he combined silkiness and combativeness after his side went down by 10-men following the sending off of Ramon Verdu in the 24th minute.

It was no surprise that after the game the 23-year-old earned massive rave from coach Vicente Parras.

The win takes Ontinyent to 4th on the standings with 30 points, 12 points behind leaders Mallorca after 18 matches.