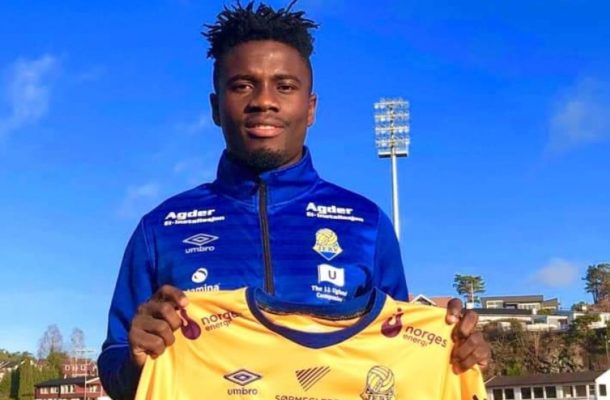 The youngster is currently contracted to Danish top-flight side FC Midtjylland but is yet to break into the first eleven.

In a bid to ensure he gets regular playing time and to continue his development, Michael Baidoo has been transferred to FK Jerv for a season-long loan.

He is returning to the club for a second spell after spending last season with the Norwegian club.

The 20-year-old former Vision FC player will hope to enjoy another spell to ensure he impressed his parent club, FC Midtjylland. That will boost his chances of breaking into the first team when he returns from the loan spell.