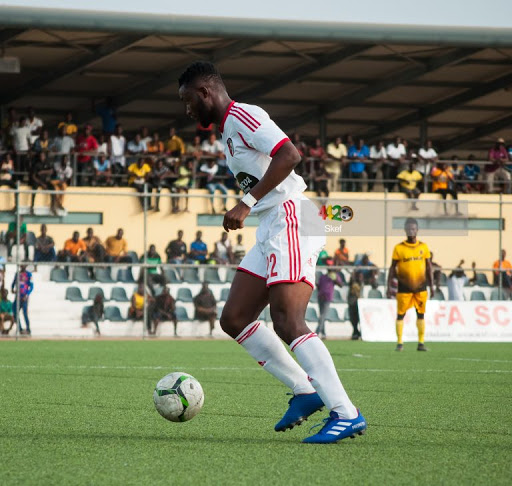 The Ghanaian youngster is rated highly and is one of the few prospects that have taken the 2019/2020 Ghana Premier League by storm.

Speaking to Angel FM in Kumasi, Michael Danso has been opening up on his dream team as well as his role models in football.

According to him, his role models are Spanish internationals Thiago Alcantara and Sergio Busquets.

“Thiago Alcantara and Sergio Busquets are my role models. I want to play like them with a bit of Casemiro style attached”, the 19-year-old said.

On his dream team, Michael Danso says he will love to play for English Premier League side Manchester United one day.

“My dream team is Manchester United, I would love to play for them in future”, he noted.

Michael Danso made 9 appearances in the Ghana Premier League before it was suspended as he chipped in with an assist in the process.