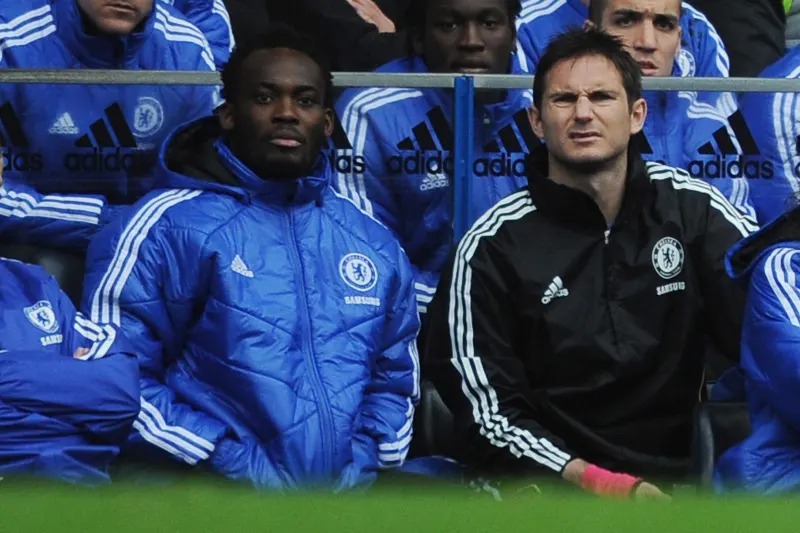 Retired Ghana midfielder, Michael Essien has rallied support for Chelsea FC manager Frank Lampard after noting that managing the club is not easy.

The two midfielders spent years at the English Premier League outfit together where they won multiple titles including the Uefa Champions League in 2012 where they beat Bayern Munich.

After venturing into coaching after retirement, Frank Lampard is back at Chelsea as the head coach.

This season, his team is struggling to win games but have not done bad anyway. With a lot of expectations from fans and the pressure mounting, Michael Essien says his former teammates will need time to succeed at the club.

“He [Lampard] is Chelsea, he knows the club inside out and what needs to be done.

“He will get the help of everyone there and I think so far that he has done a good job.

“Last season was a good achievement and it isn’t an easy place to manage. The fans can demand a lot so it isn’t easy, and he is doing his best”, Essien told Goal in an interview.

He continued, “Football is full of ups and downs, you have to understand that. Get behind the team instead of not being happy after every bad result.

“The job is not easy so you have to be patient and push the team, then hopefully they will do well. They have added good players so they will have to deliver as a lot is expected now.

“The young players are doing well but I don’t know if they could play in my old team! I am joking because I like the young players, with the likes of Mason Mount, but you need to raise your game at Chelsea constantly.”

Up next for Frank Lampard, his Chelsea FC side will travel to Russia to take on FC Krasnodar. He will hope the team picks up a win after drawing the opening game against Sevilla last Tuesday.