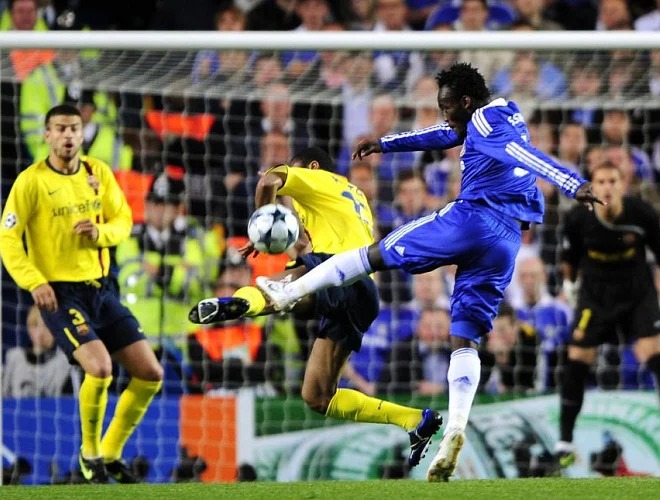 Ex-Ghana international, Michael Essien has seen his spectacular strike against FC Barcelona in 2009 being named the third best Chelsea goal under the Roman Abramovich era.

Earlier this month, German attacker Kai Havertz netted Chelsea's 2000th goal since Roman Abramovich took over Chelsea in 2003 in a game against Burnley at the Stamford Bridge.

After that milestone, the English Premier League club through a post on its Twitter page started a poll for fans to vote for the best goal.

Out of the 2000 goals, Michael Essien had two stunning strikes receiving massive votes.

In the final shortlist of 26 goals, Michael Essien's unstoppable volley from outside the box in the Uefa Champions League game against Barcelona has been voted by Blues fans as the third-best goal under the Roman Abramovich reign.