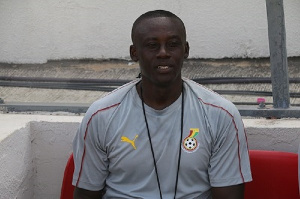 Star Madrid coach Michael Osei is expected to leave the club after enduring a difficult 2020/21 season in the Division One League.

Star Madrid endured a difficult campaign in the just-ended Division One League in Zone 2 despite escaping relegation.

The club placed 13th on the league standings maintain their status in the second-tier.

The 49-year-old recently revealed he has not received a salary for a very longtime due to financial constraints.

“I’m looking forward for other opportunities because per what is going on at the club, I don’t think it will help my career, so let see happens in the coming days” he said on Angel TV.

“Financially, our boss got a problem, no salary and others. At the point in time, I disguised myself to drive the team bus for training but all the same it is part of life”

The 49-year-old ended his spell with Kotoko four years ago, after rising from an assistant to head coach at the club.