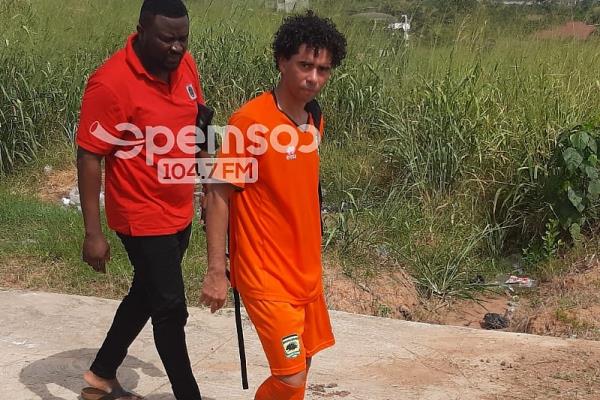 The former Brazilian U-20 star joined the Ghana Premier League side on a two-year deal on a free deal.

The CAF Champions League has eluded the Kumasi based club for long the last time they won it was in 1983.

Speaking in an interview with Takoradi based Connect FM, Fabio Gama said he wants to win laurels with his new team and achieve greater heights with them.

The 28-year old then expressed fitness issues and said it will take him time to get started fully and will start with individual training before joining the team.

“I will train individually for now because I’m not 100% fit yet but as soon as I get ready, then I will start training with the team.

“I can play like 15, 20, 30 minutes in the meantime and hope to be fit to help my teammates get a great season,” he concluded.

The Brazilian started training on Wednesday, November 17 at Adako Jachie.

The Porcupine Warriors will travel to Mauritania for the first leg before hosting the second fixture, which is likely to take place at their adopted home, Accra Sports Stadium.

The first leg is scheduled to take place between November 27-29 while the return leg is on the weekend of December 4-6.

The winner will face either Al Hilal of Sudan or Ugandan champions, AC Vipers in the next round.