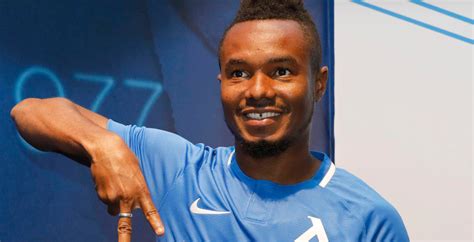 Nasiru Mohamed is now available for the coaching staff in Levski, according to dsport. The Ghanaian with a Swedish passport ended his quarantine, which was caused by a coronavirus infection.

Thus, Slavisa Stojanovic's assistants have another option in front positions for the upcoming visit of the Black Sea to Varna.

A few days earlier, Martin Petkov, who was also ill, returned to action. The participation of Zdravko Dimitrov remains in question. Andrian Kraev will return to the Levski group in five months.

Nasiru Mohamed has played seventeen games this season in the Parva Liga.