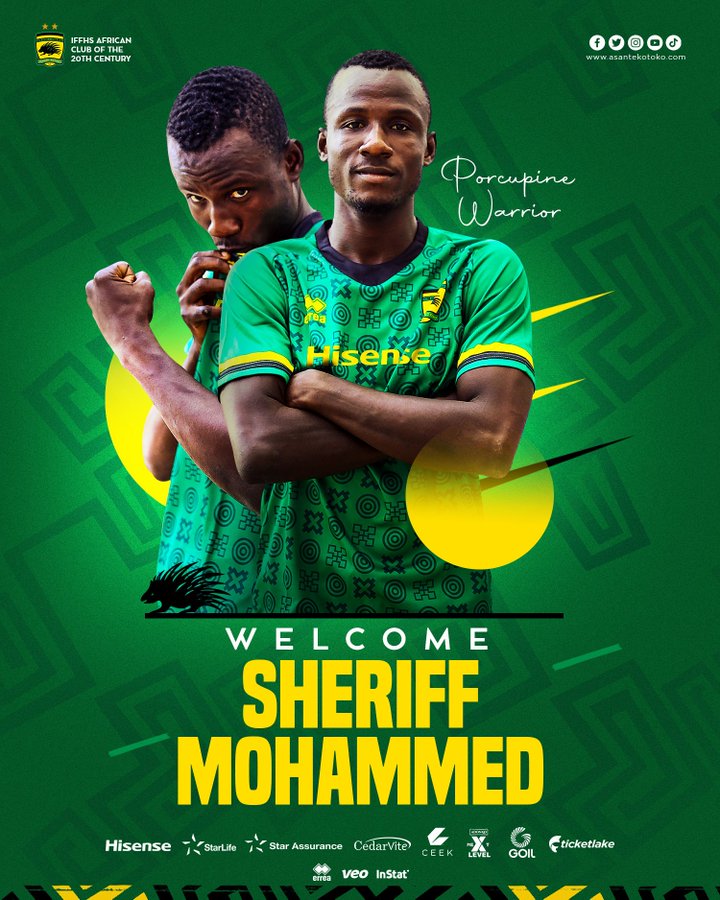 The midfielder signed a three year deal with the Ghana Premier League powerhouse ahead f the 2021/22 football season.

The club's official statement reads “We are delighted to announce the signing of versatile midfielder Sheriff Mohammed from Steadfast FC on a three-year deal.”

Mohammed with the lower tier last season in the National Division One League.

Asante Kotoko have already signed eight players and looks likely to make additions before the deadline date of October 9 as many mainstream players have left and others are about to leave the club.

Asante Kotoko having finished 2nd on the Premier League log last season are determined to make a huge impression ahead of the new season.

The new season has been scheduled to kick off on October 29.