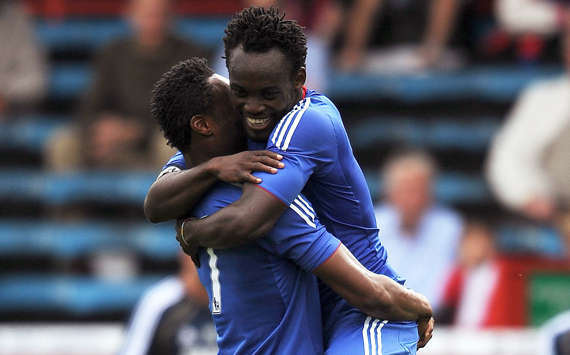 The two African players spent years with the English Premier League club during the peak of their careers and helped the Blues to lift major trophies including the club’s first ever Champions League title.

Opening up on his time at Chelsea in an interview with the Athletic, Mikel Obi has disclosed that Essien helped him a lot when he signed for the English giants.

"I was sitting next to Lassana Diarra. I'd be there thinking, 'Oh my God, it's Didier Drogba. It's Frank Lampard. It's John Terry.

“Michael Essien (who joined from Lyon in the summer of 2005) really helped me. Michael always told me I was a good player and just reminded me to bring the ball down, control and pass. If you need to dribble, dribble,” Mikel Obi said.

The former Super Eagles captain added, “If you don't need to, just pass. You are strong. You are fast, too," continued the Nigerian. If you can, just push the ball past and run, run, run because they cannot catch you. He was the guy who really helped me and made me have a lot of confidence.”

Mikel Obi joined Michael Essien at Chelsea in 2006, a year after the Ghanaian had become a Blue