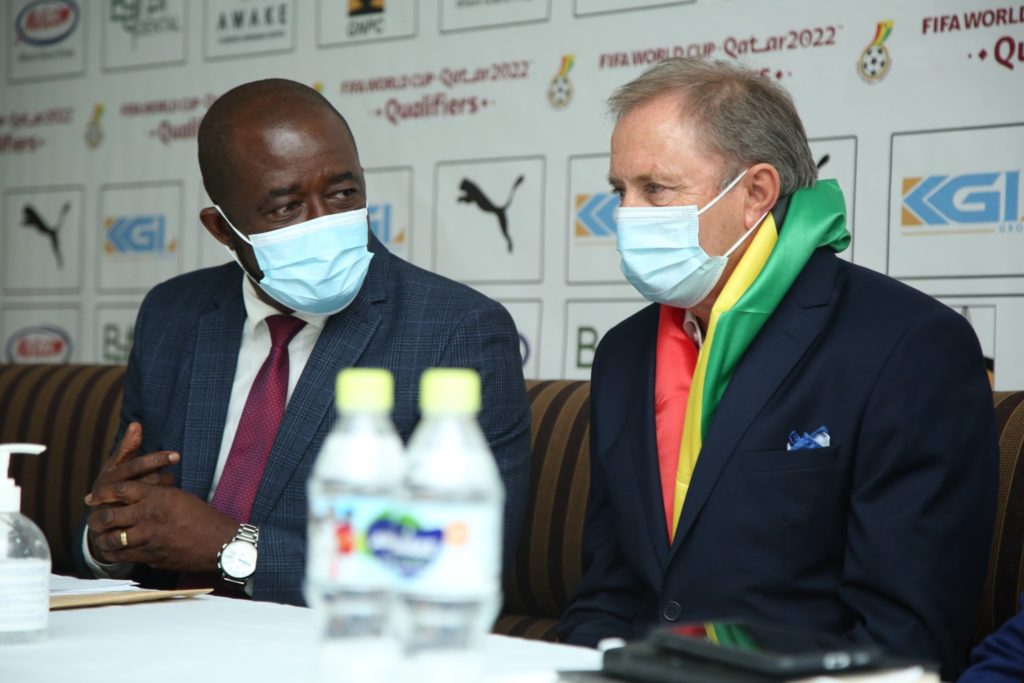 Ghana FA President Kurt Okraku has revealed why Milovan Rajevac accepted Black Stars coaching job despite not being happy with the terms.

The 67-year-old was reappointed at a press briefing on Friday to lead Ghana for the second time.

He will be assisted by Borussia Dortmund’s Otto Addo as well as former Asante Kotoko head coach Maxwell Konadu.

At the unveiling of the gaffer, Kurt Okraku disclosed the former Algerian coach was not impressed with their terms but opted to accept the coaching job since he has an unfinished business with the national team.

“Black Stars will be ready for Zimbabwe. We are happy with Milo even though he wasn't happy with the terms but one thing has said is that he has unfinished business with Ghana. With his statement, we fairly believe that he knows what he is about. He knows our work, culture and understand what we are about” he said.