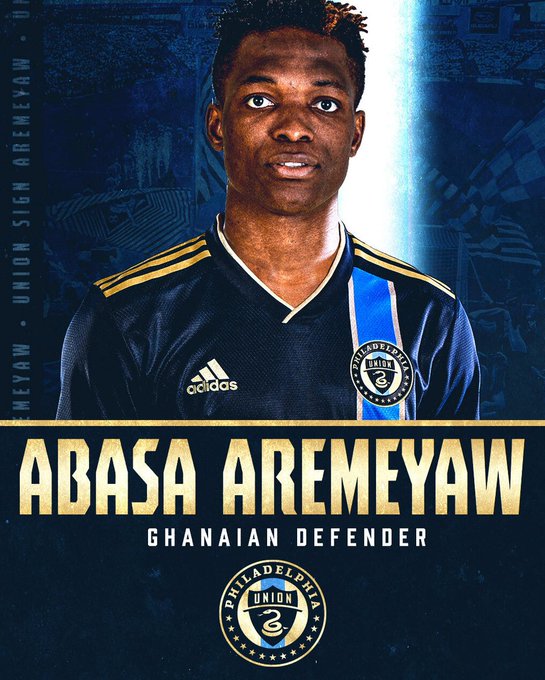 Philadelphia Union have completed the signing of Ghanaian defender Abasa Aremeyaw on a free transfer.

The 18-year-old joins the Major League Soccer side on a two and a half-year contract with an option for a third and fourth year.

Aremeyaw will be added to the Union’s active roster following receipt of his International Transfer Certificate and P1 Visa and will occupy an international roster slot.

He most recently playing in 2. Liga, Slovakia’s second-tier league, where he played for MSK Zilina B, making seven appearances.

In 2021, the highly-rated defender signed for MŠK Žilina from MŠK Žilina Africa F.C., the Ghanaian football club affiliated to MŠK Žilina, where he made four appearances, making his debut in a 2-2 draw against FK Senica.

During the tournament, Aremeyaw played every minute of each match, playing a role in helping the team reach the round of 16, only falling to Red Bull Salzburg UEFA U19 team in penalty kicks.