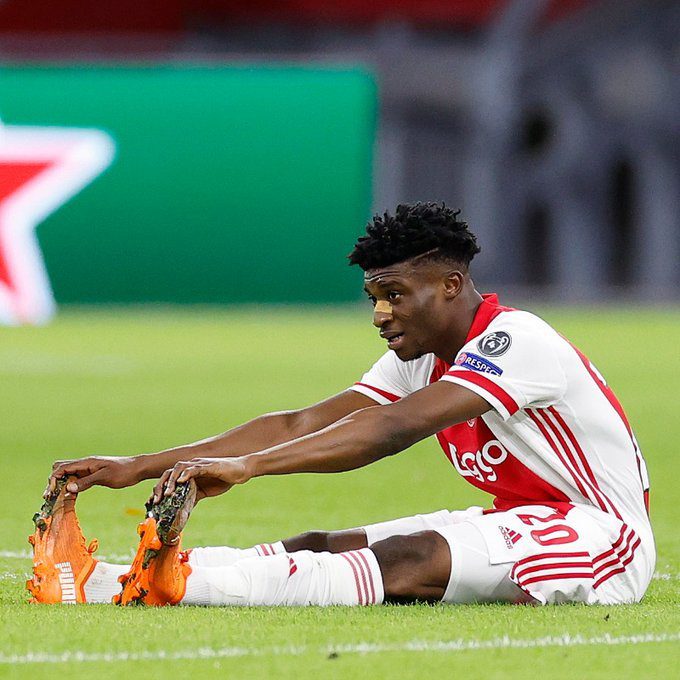 The manager of Ajax Amsterdam, Erik Ten Hag has disclosed that Ghana international Mohammed Kudus is very disappointed after picking up another injury.

The talented forward although he has impressed, has not managed to stay fit since his big move from Danish Superliga outfit FC Nordsjaelland.

Injury setbacks have seen the player missing several matches not only in the Dutch Eredivisie but in the Uefa Champions League as well.

Earlier this month, Mohammed Kudus sustained another injury while in action for the Black Stars of Ghana in the 2022 FIFA World Cup qualifying game against South Africa.

After returning to Ajax, it has been confirmed that he will not feature again until 2022.

According to Ajax manager Erik Ten Hag, the youngster is devastated by the news.

“It's a serious injury. That will take a while. It is very unfortunate that he got injured again. He had just been fit for a while and he played a very good part against Dortmund.

“Then it is extremely disappointing, especially for himself. He is really deeply disappointed. We will have to pull him out and he will have to lift himself up again,” the Ajax tactician said in a post-match interview after the game against KRC Waalwijk.