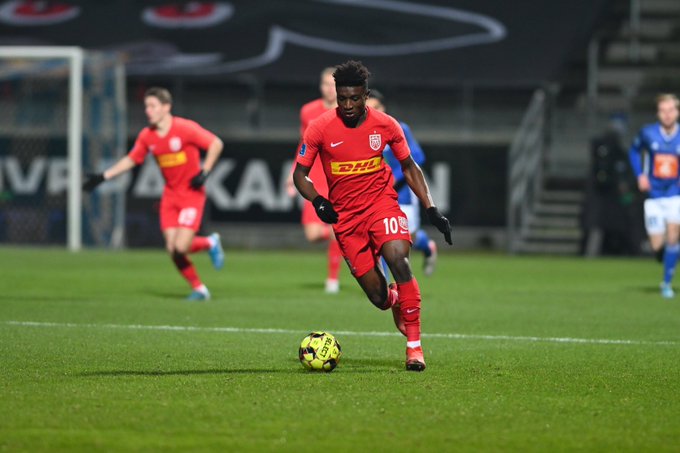 Ghanaian youngster Mohammed Kudus showed fine form today to get on the scoresheet during FC Nordsjælland’s 1-1 draw with Lyngby in the Danish Superliga.

In a match week 18 fixture played at the Lyngby Stadion, the exciting attacker’s day, unfortunately, ended sadly as he was shown the red car in the dying minutes of the second half.

Before that though, he showed great composure from 12 yards to convert a first-half penalty that shot FC Nordsjælland into the lead after just 26 minutes into the first half.

Despite going into recess trailing, Lyngby who played as the home side showed great team spirit in the first 30 minutes of the second half and managed to draw level through a fine goal from Emil Nielson.

Following Mohammed Kudus’s red card in the dying minutes of the match, he is expected to serve a one-match suspension and will miss FC Nordsjælland’s match week 19 game against Kobenhavn.