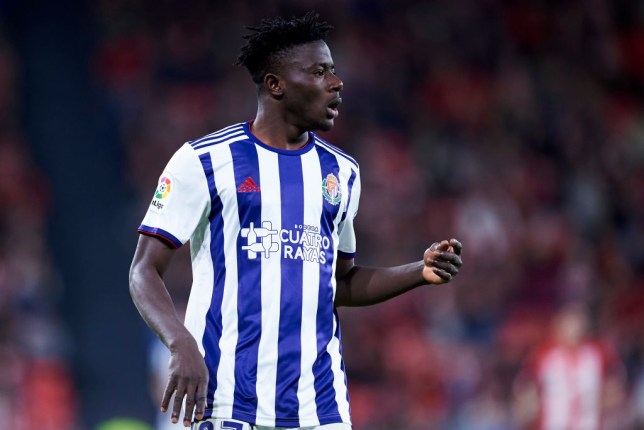 Ghana and Real Valladolid defender Mohammed Salisu has been identified as the player with the most clearances in the Spanish La Liga so far in the 2019/2020 season.

The center-back managed to break through the first team of Valladolid at the start of the season and has since gone on to turn heads with his performances.

In a recent statistics provided by his club, Mohammed Salisu has emerged as the player with the most statistics. The 20-year-old leads the chart with as many as 136 clearances.

Not only does that number speaks volume of his outstanding performance in the Spanish La Liga, but having enjoyed 2,366 minutes this season and making 126 recoveries on top of winning 60% of his duels makes him one of the best defenders in the La Liga.

He remains a transfer target of a host of European giants and has been tipped to eventually earn a big move at the end of the season.

🦂 He is the defender with the highest number of clearances

📈 But this is not the only stat that speaks out about his defensive skills#pucela #RealValladolid pic.twitter.com/rjnq3QKhoM