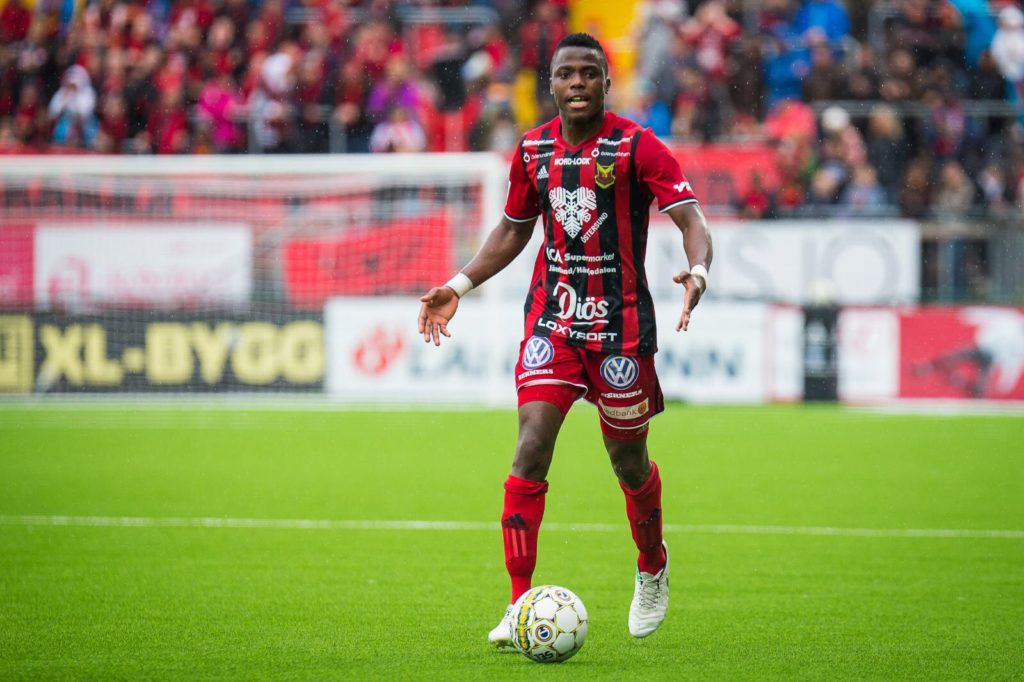 The 24-year-old joins The Yellow-Blacks on a free transfer after leaving Swedish side Ostersunds FK following the expiration of his contract last year.

The club is expected to unveil Kpozo in the coming days.

He spent four years in Sweden from July 2015 to January 2022 where he played for three clubs and had one loan spell in Norway.

Kpozo signed for AIK Stockholm in July 2015 from Ghanaian club Inter Allies after a successful FIFA U20 World Cup in New Zealand.

At AIK, the defender had a five-month loan spell at Norwegian club Tromso IL.

He joined Ostersunds in August 2017 where he had another loan spell IFK Lulea from January 2020 to November 2020.

Kpozo made 29 appearances for Ostersunds in the Swedish Allsvenskan last season scoring twice and providing two assists in the process.

He will become the 3rd Ghanaian player at the Moldovan after Edmund Addo and Abdul Basit Khalid.