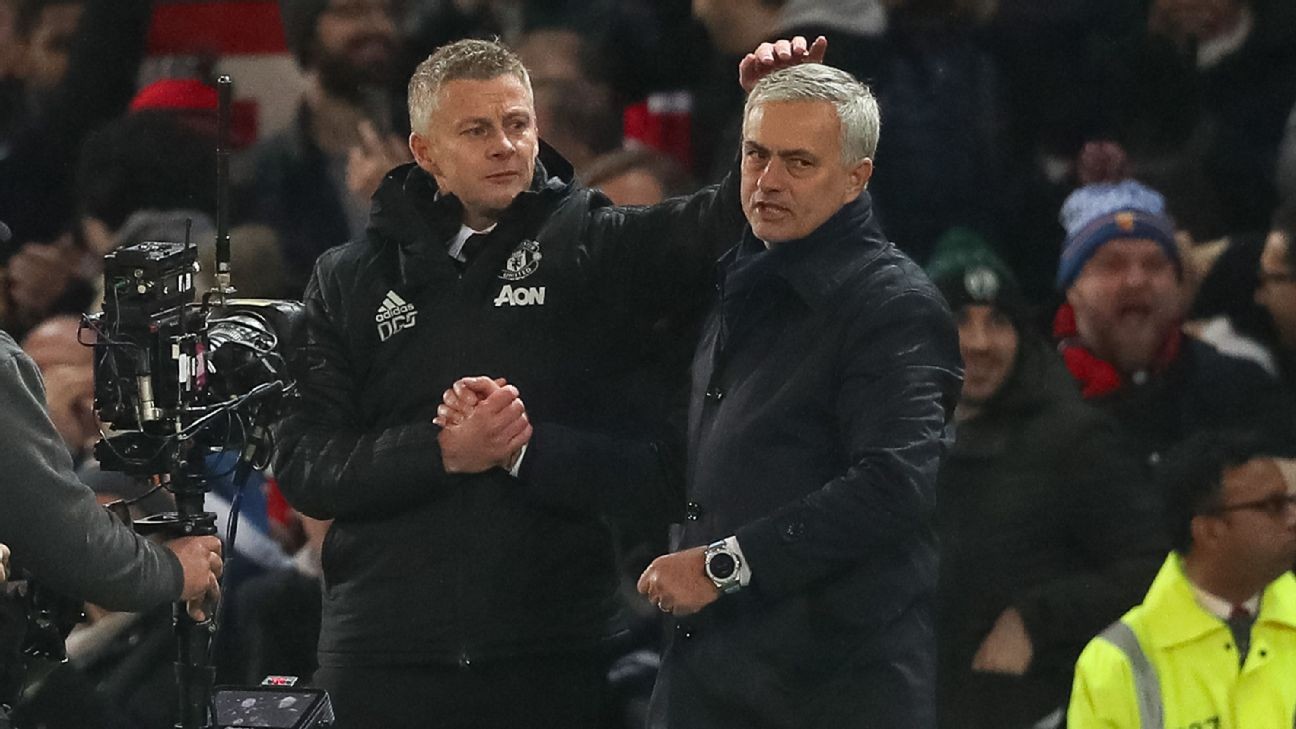 Jose Mourinho conceded his former club Manchester United had deserved their 2-1 Premier League victory over his new team Tottenham Hotspur on Wednesday and hailed the performance of Marcus Rashford.

Mourinho took over as Spurs manager last month, nearly a year after he was fired by United.

"I think they deserved the victory by their first half. We didn't start well at all," said Mourinho, whose side fell behind to a seventh-minute goal from Rashford.

"I think for the first 30 minutes they were the best team, and I think because of that, for this strong 30 minutes where we were not there, and also because of the way we conceded the second goal, I think they deserved to win," he added.

Mourinho noted that Ole Gunnar Solskjaer's side, held by Aston Villa and Sheffield United in their last two league games, had delivered their best displays against the top-rated teams.

Jose Mourinho made his return to Old Trafford in Tottenham's loss to Manchester United.

"United results against the best teams this season have been good. Chelsea, Liverpool, Leicester," he said.

The Portuguese, sacked by United after two and a half seasons in charge, had plenty of praise for his former forward Rashford.

"When he plays from the left he is really dangerous and I knew that and gave the players the best information about it. His first goal is a typical Rashford goal coming on the inside. Our boys knew that clearly," he said.

Solskjaer was unsurprisingly even more fulsome in his praise of the 22-year-old England international, who delivered a performance of real quality.

"It's the best he's had under me. He was mature, strong against good Premier League players," the Norwegian said.

"It's like he was back on the playground or in the back garden. We want them to have fun, there's nothing dangerous out there -- just 75,00 people, wanting to see the best," he said.