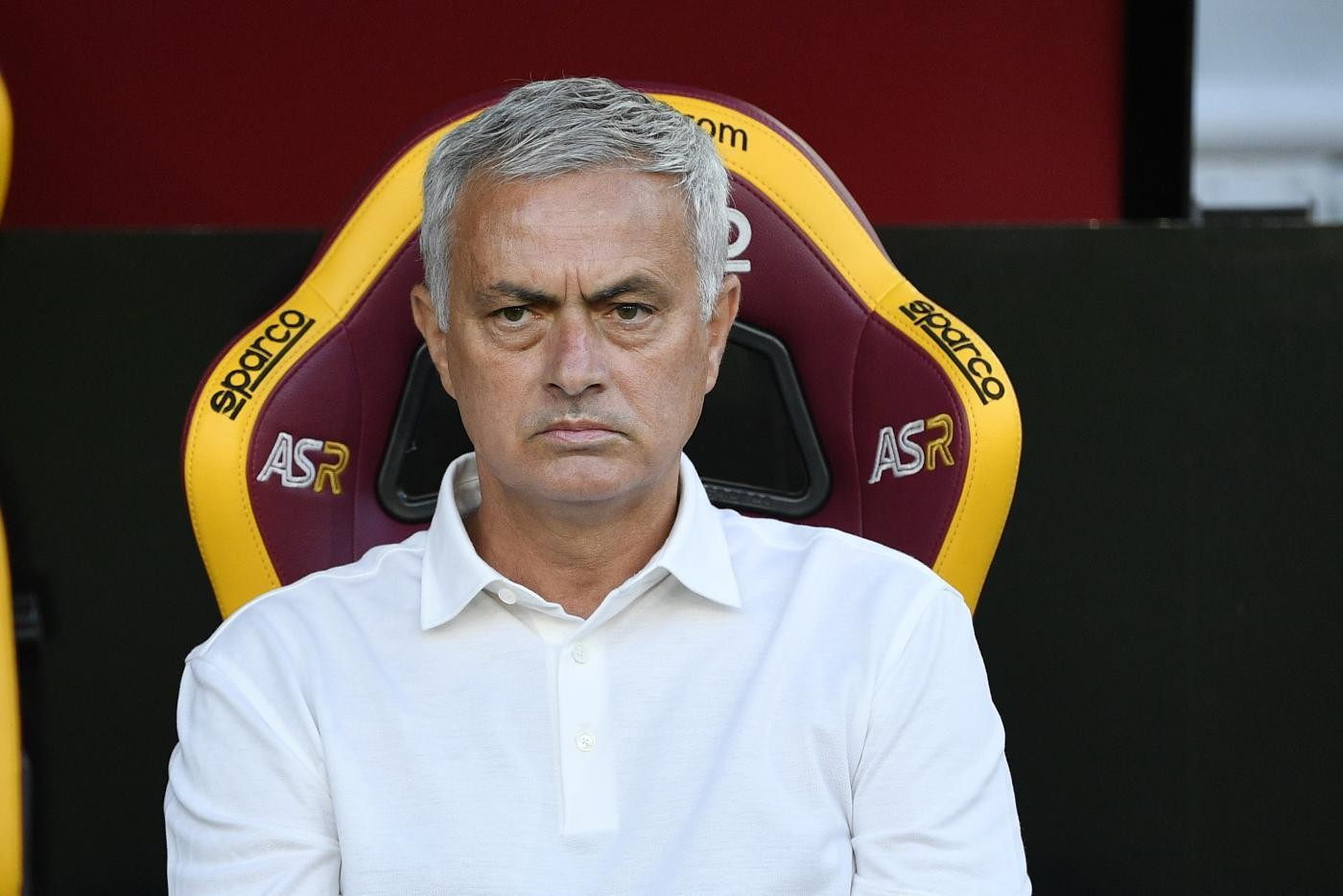 After arriving in snowy Norway for the contest (kick-off: 18:45 CEST) on Wednesday evening, Mourinho acknowledged that his side is going into arguably the toughest fixture of the group stage.

Here's everything the Portuguese had to say about the contest...

Given how well rotation worked in the last couple of Europa Conference League games, could we see you do something similar once again tomorrow?

“Yes. It’s a tough one: synthetic pitch, difficult weather, a four-hour flight - and then four again after the game – as well as Sunday’s game to think about and then another one against Cagliari two days later … it’s tough. We don’t have a lot of players and some of those have a few knocks. So we will be forced into a little bit of rotation, yes.”

Is there a significant difference between playing on a synthetic pitch or a grass one?

“There’s a huge difference. Obviously we respect the necessity of the weather, that makes it hard. It’s obviously normal in Nordic countries, I’m not being critical of that. I can say, however, that we can’t really risk players that have a certain injury history – like Nicolo Zaniolo or Rick Karsdorp – on an artificial pitch in conditions like these.

“But I want to be clear that I am personally very happy to be here. I have managed in a lot of European games over the years but I have never been to Norway, and certainly never in a place like Bodo that people tell me is very beautiful. Here there are people who love football who, perhaps, will not be helped by the conditions in their hopes of seeing a great game, but they will get to experience the emotions of a UEFA match.

“I’m pleased to be here, and I hope tomorrow goes well for everyone involved.”

How do you see the game going tomorrow? Have a few of the Bodo/Glimt players caught your eye?

“I don’t like to name any names – because if I do pick out one it will be an added source of motivation for them. But we’ve analysed the team, they have four points for a reason and I think they are the toughest side in the group. They are a well-organised side, who know how to play, who have a clearly-defined approach. And, especially playing here, it’s going to be a really tough game for us.”

What’s your reflection, a few days on, about the game against Juventus? Or have you already put it behind you?

“After the game, I analysed my team’s performance and I chose not to analyse the referee’s performance. And I’m happy with that, truly. Because to speak about it again now, a few days on from the game, either with you or with my players, I would only say the same thing I stayed after the game. So in that sense it’s not a game to forget but one to remember: for the way we played, for the attitude I want to see from my team even when we are going up against a side with more potential than ours. So I would just say the same things.

“As far as the refereeing goes, I am happy enough not to have said anything about it and I would rather continue in that vein, because in that moment over there the focus was on ‘goal or penalty, penalty or goal?’and instead when you look at the game overall there is a lot to analyse and talk about, from start to finish. So I prefer to continue as I have been, focusing on the performance of my players.”

Is there a chance you could change all 10 outfield players for this game?

“The six points we already have after two games allow us to approach the game with a certain calm. But I want us to play without our positive position in the group in mind – we have to play the game, we want to win the game.

“I won’t make 11 changes, but I will make some. And we also have five substitutions available to us, which in Serie A allows a few managers to try and change the contests. In Serie A I don’t have that privilege, but in the Conference League perhaps I do because I will have players who are capable of changing the contest.

“We have tried to prepare with this challenge in mind. We have analysed Bodo as we would any team, and they are better than CSKA and Zorya. So that’s why I think it will be a difficult game for us.”

Can you tell us how Nicolo Zaniolo is doing – will he be back for the game against Napoli?

“Yes, he can be back for the Napoli game. He has a medical history that we need to remember, he’s a boy who has suffered a lot already and this is his first season back after a lot of suffering. For this reason we have to accept when he has moments of doubt or fear. And when things are like that, it’s better for him to rest and to stay at home. I don’t think it’s a good thing for anyone who has suffered multiple cruciate ligament injuries to play in conditions like these. That’s true for Rick Karsdorp, who also has a tough medical history and needs to be protected a bit. But I don’t think there will be any problems for the Napoli game.”

Are you worried about the weather conditions for tomorrow?

“No. They will be what they will be. Football is football and football is also a winter sport. Fundamentally it is a sport for all those people who love the game. I think that all those who leave the comfort of their homes tomorrow to come to watch the game will do it because they love football.

“It will be a bit harder for us than for the Bodo players – that’s obvious – but that’s football. I just hope that no-one gets hurt, and then beyond that we all enjoy the game tomorrow even if we are playing in conditions like these.”

What are you expecting from Bodo/Glimt tactically tomorrow?

“They always play with the same tactical setup – they have a way they want to defend, to press, to play, to counter-attack. I have looked at everything it is possible to look at about them: their games in the domestic league and the ones they’ve played in Europe this season. We’ve watched everything we can, trying to get to know their players a bit better and the preferences about the way they play. They seem a really balanced side and I don’t expect them to change things fundamentally tomorrow.”